8 of the world’s most famous windows 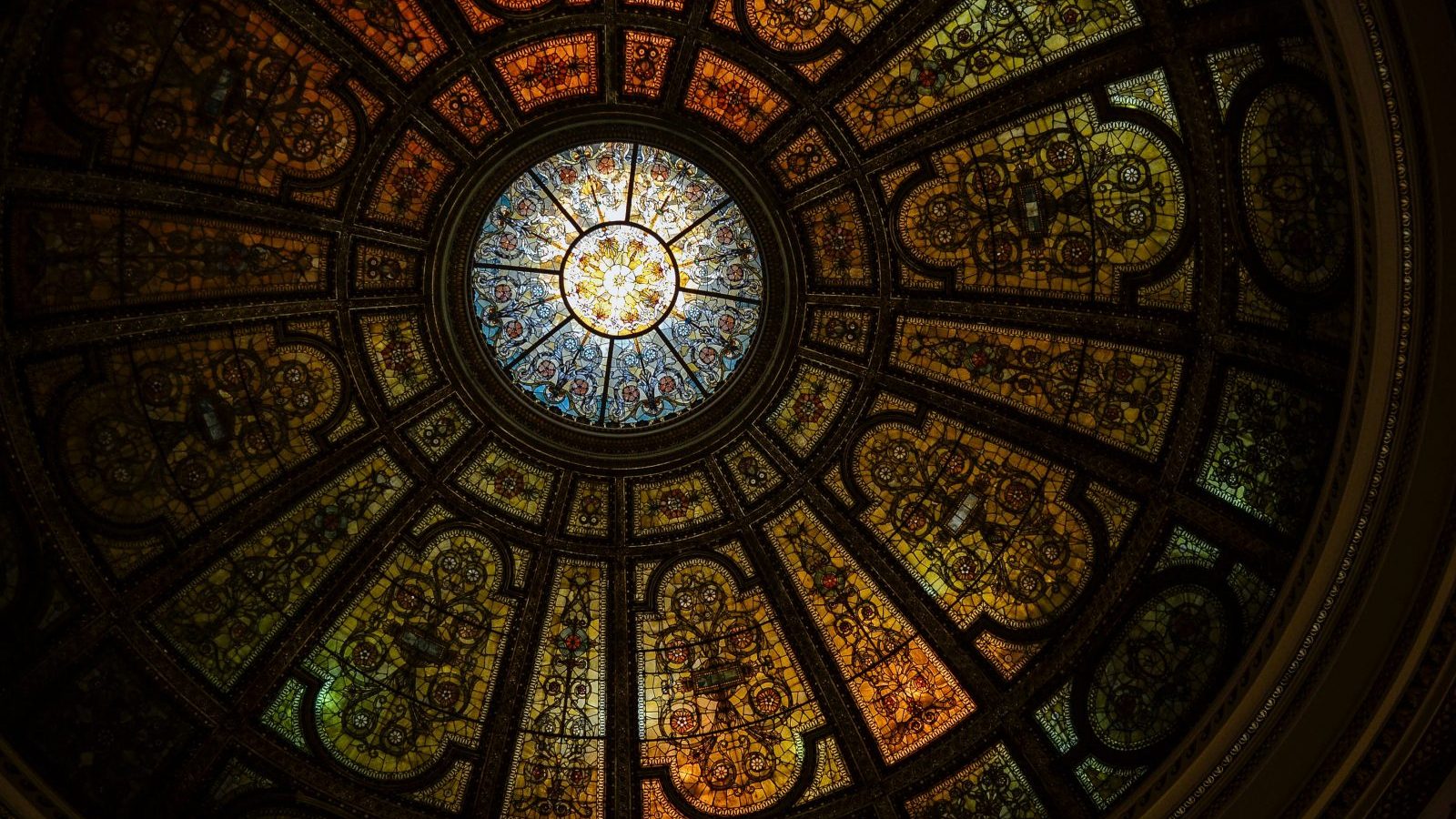 Windows are a prominent feature of a building’s exterior – a hint at what can be anticipated from within – and its important to consider how your windows will contribute to the overall look of your house right from the start of any build project.

A window is never just a window – it has the power to make or break the architectural integrity of your home. Over time, these important features have evolved due to changes in architectural trends, the development of materials such as glass, and even taxes.

With such a diverse range of uses, styles and functions it’s hardly surprising that there are some incredibly important and fascinating windows out there. Here, we’ve compiled a list of eight famous windows from around the world, each with their own unique story to tell.

The South Rose Window at Notre Dame Cathedral is dedicated to the New Testament, but you don’t have to be a religious soul to appreciate its sheer beauty and architectural magnificence.

One of the most famous stained glass windows in the world, the South Rose Window was designed by Jean de Chelles and Pierre de Montreull and was originally a gift from King Saint Louis in 1260. It remains one of the only stained-glass windows in European Cathedrals to still retain most of its original glass. 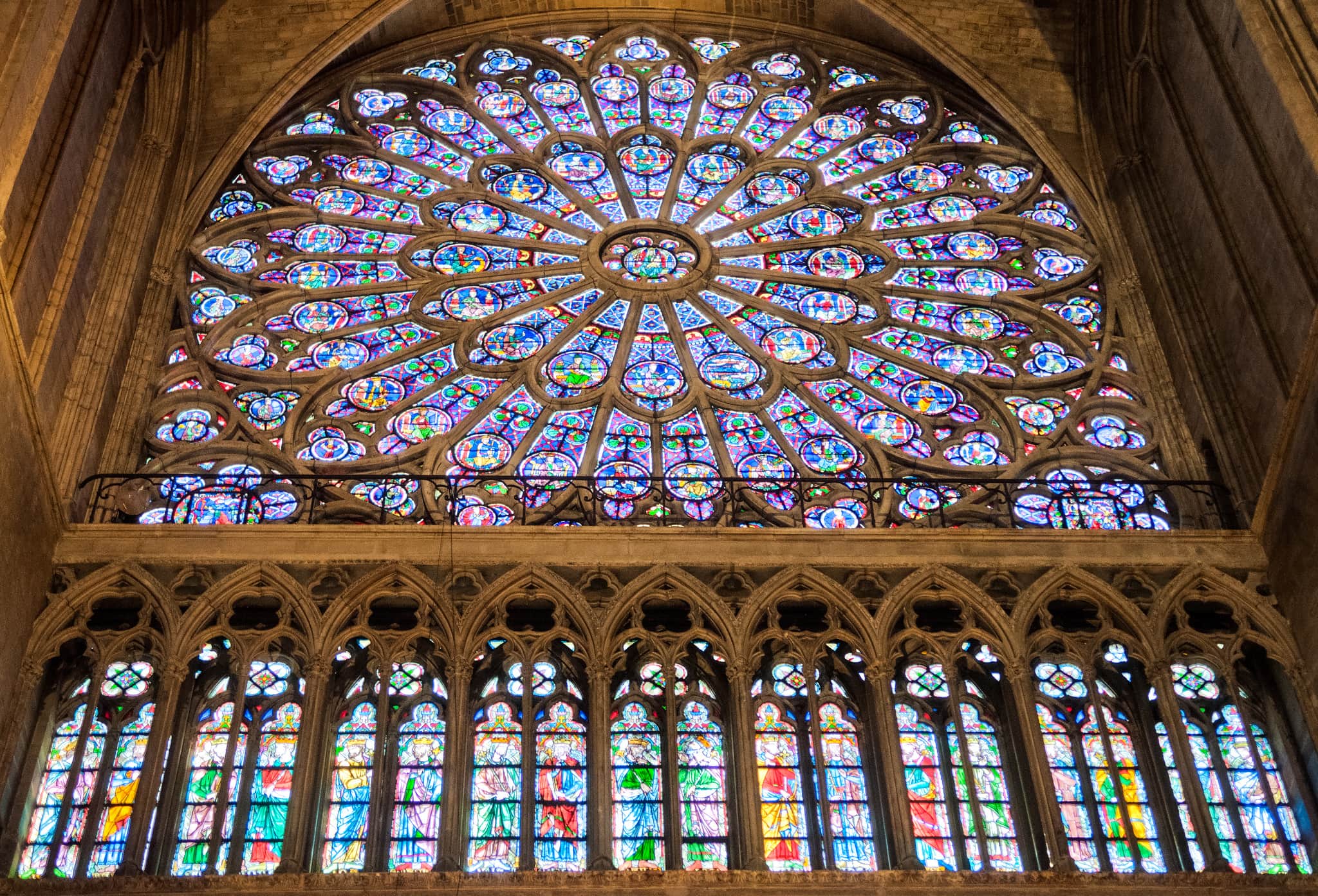 The South Rose window is part of a series of three stained glass ‘rosettes’ at Notre Dame, alongside the North Rose and West Rose windows. However, due to the sun’s rotation, it is the South Rose that’s illuminated by the daylight casting a breath-taking kaleidoscope of colour down onto the transept of Notre Dame.

Dating back to 1683, The George Hotel in Hull is one of the city’s oldest surviving public houses, and home to what is believed to be the smallest window in England.

The window itself looks more like a large crack in the brickwork than a deliberate feature – in fact, the commemorative plaque next to it is much larger than the window itself!

It is said that the window was used as a peephole by a designated porter who would sit and keep a watchful eye out for any weary travelers and stagecoaches in need of a place to rest. Seventeenth century customer service!

The window in Tennyson’s poem, The Lady of Shalott, has been source of interest for literature academics since the 19th century.

The Lady of Shalott lives in a castle tower overlooking Camelot. She is forbidden from looking directly out of her window by a mysterious curse and instead, she must view the outside world through the reflections in her mirror and is sentenced to continuously weave the imagery on her loom. 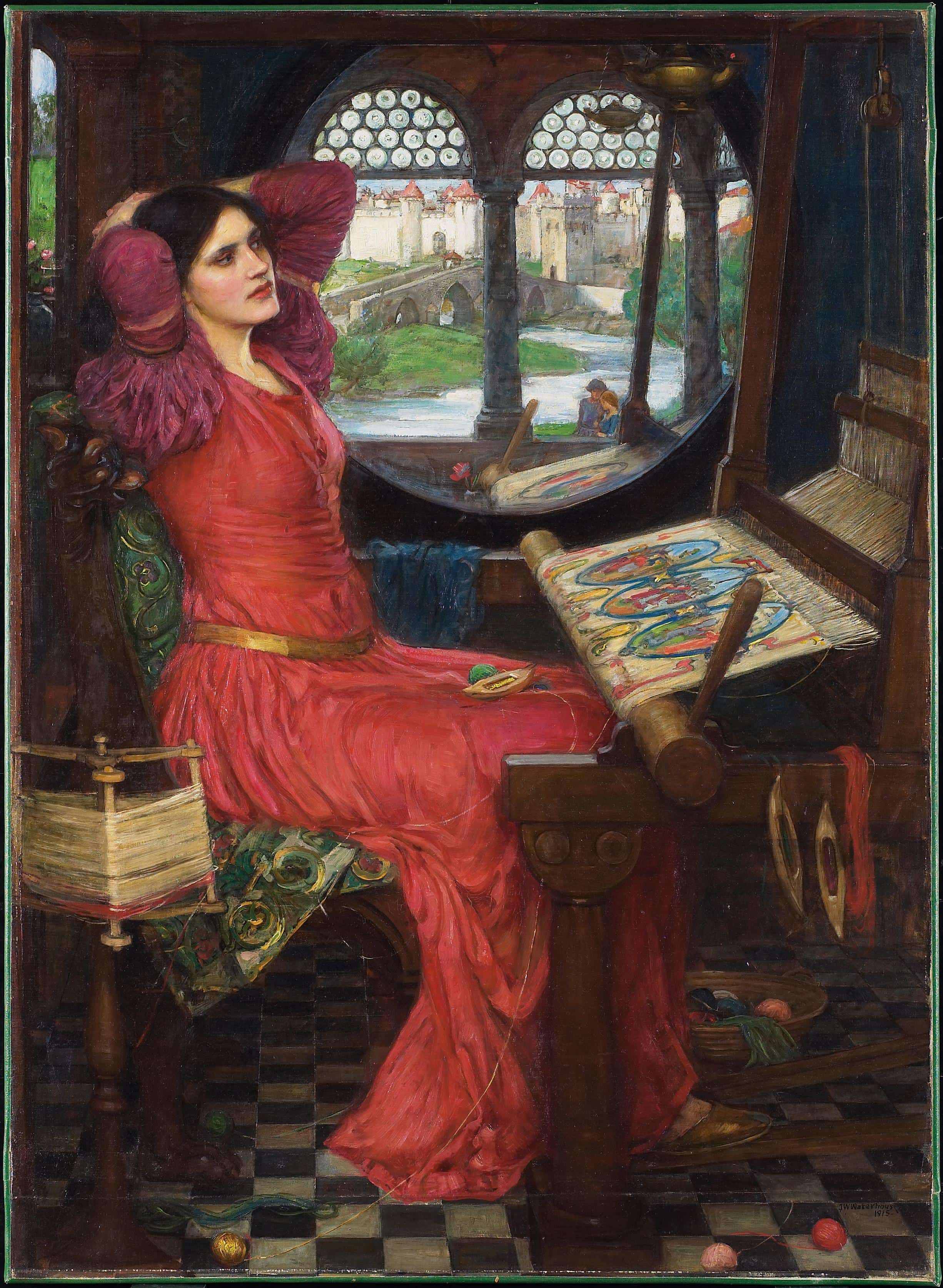 The Lady sees many reflections that tease her with the freedom of the world outside, but when she catches a glimpse of the handsome Sir Lancelot, a shadowy reflection is no longer enough and she cannot resist the temptation any longer…

The window plays a powerful role in highlighting the the freedom and excitement of the world outside  in contrast to the dreary, stifled existence the Lady is forced to endure.The window shows the world in its reality instead of our own perceptions and interpretations of what life can be like.

Tennyson’s poem has a tragic end, when the Lady escapes the tower in an act of defiance and takes a boat down the river to Camelot. Sadly, she dies before reaching her knight.  On discovering her body, Lancelot admires her loveliness and remains ironically oblivious to his involvement in her sad ending.

Since the 17th century the Papal Apartments have been the official residence of the Pope in his religious capacity.

The apartments consist of several large rooms, including a medical and dental suite, a small studio office for the papal secretary, staff quarters for the Benedictine nuns and of course the Pope’s own private study featuring the infamous papal window.

The Pope can be seen from this window every Sunday at noon, delivering a short speech followed by the Angelus prayer and Apostolic blessings to spectators gathered in Saint Peter’s Square below. 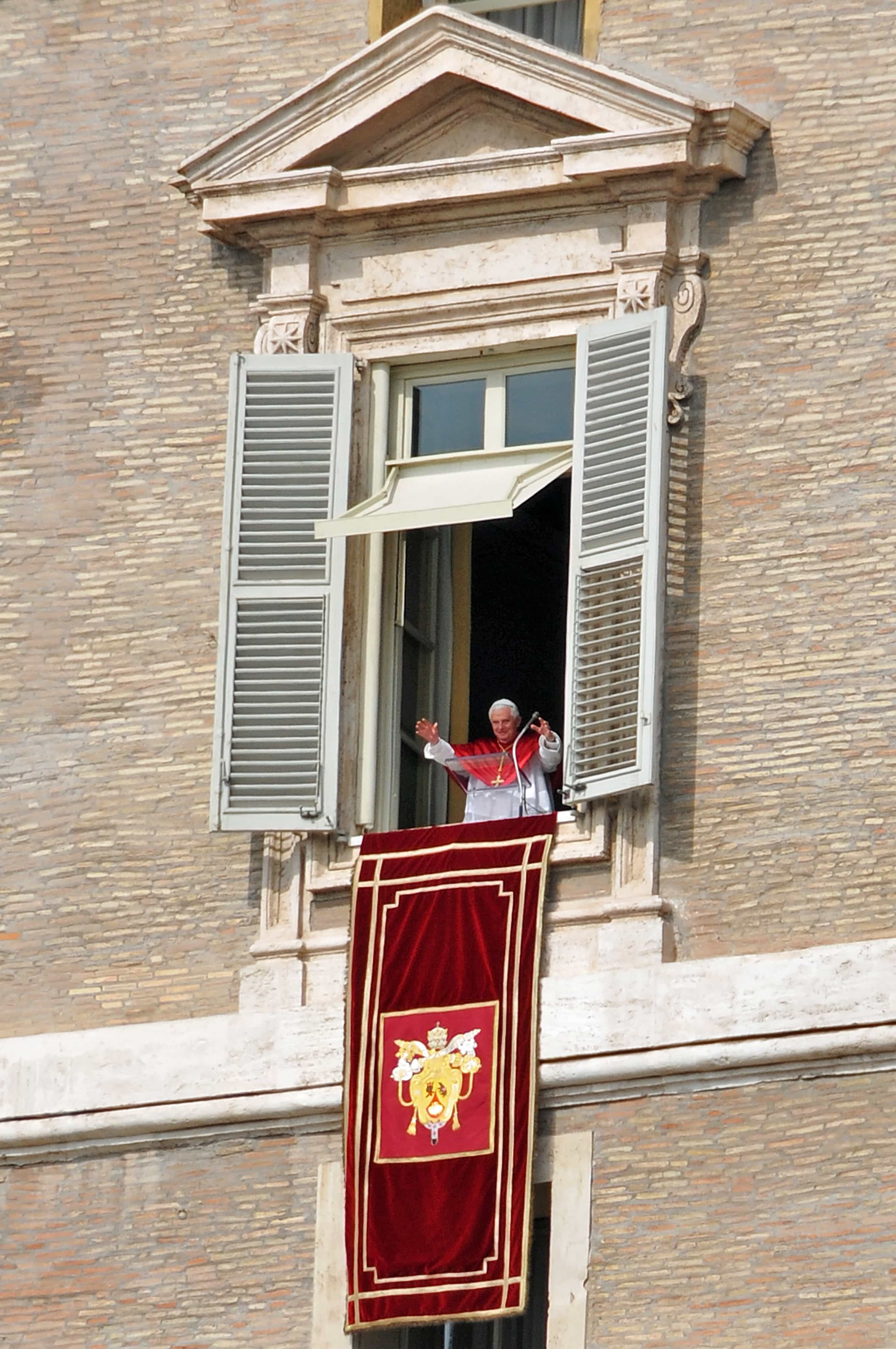 The event has become a huge attraction for pilgrims and tourists alike, keen to experience a rich piece of Roman heritage.

The Pope usually lives at the Papal Apartments except for the months of July to September, when the Papal Palace of Castel Gandolfo is his official summer residence.

Alfred Hitchcock’s 1954 movie, Rear Window, features what is arguably the most famous window to ever grace the silver screen. 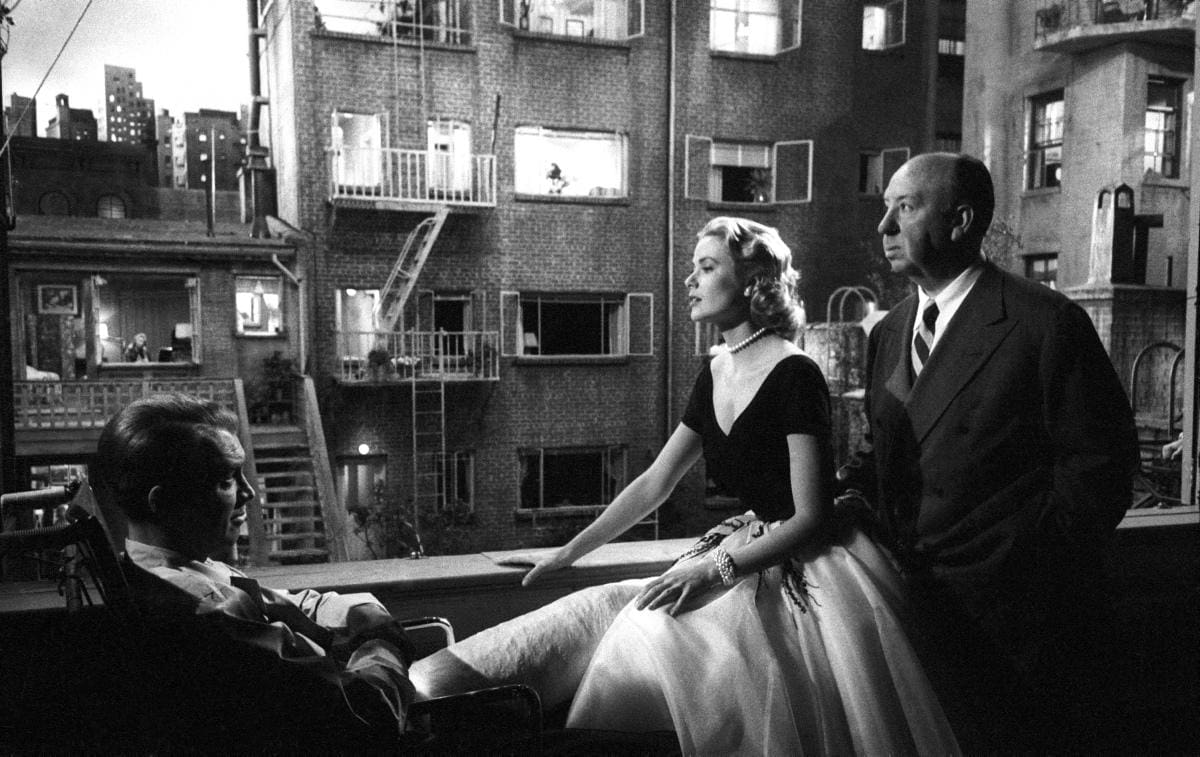 The film’s main protagonist is L.B. ‘Jeff’ Jefferies, a professional photographer played by James Stewart who is recovering from a broken leg in his apartment. Feeling cooped up and irritable, Jeff begins spying on his neighbours from his apartment window as a source of entertainment. One night during a thunderstorm, Jeff witnesses a series of suspicious activity from his neighbour Mr. Thorwald, which leads him to believe he has murdered his wife. With little assistance from the police, Jeff decides to solve the case himself with the help of his nurse, girlfriend and professional camera skills.

Rear Window is considered by many to be one of Hitchcock’s finest works and one of the best thrillers of all time.

When Harry Gordon Selfridge arrived in London from Chicago in 1906, he immediately began demolishing the ‘dead end’ of Oxford Street to make way for a magnificent building that would house the shopping experience of the future. On 15th March 1909, the very first ‘Selfridges & Co’ department store was opened, as depicted in the ITV drama, Mr. Selfridge.

But it was not just the scale of the new department store that made the ‘Selfridges & Co’ brand so iconic, his innovative attitude to retail marketing would create a legacy that is still very much alive today. 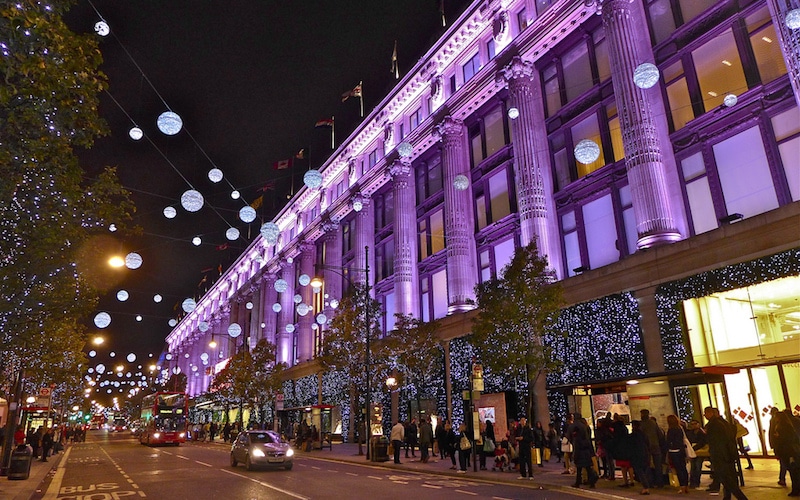 Selfridge brought theatre into the world of retail, where ‘just looking’ was actively encouraged and shopping became “a social centre, not merely a place for shopping”. As part of his influential strategy, Selfridge installed the largest glass windows in the world at that time, and behind them he created the most inspiring, luxurious displays; the concept of ‘window shopping’ was born.

Situated in the Ocean Wonders area of the park, the Whale Shark Exhibit tank at the Chimelong Ocean Kingdom, Hengqin, boasts the world’s largest aquarium window according to the Guinness World Records. The record-breaking acrylic panel is seamlessly welded using cutting-edge technology to create an aquarium window measuring 39.6 m by 8.3 m. 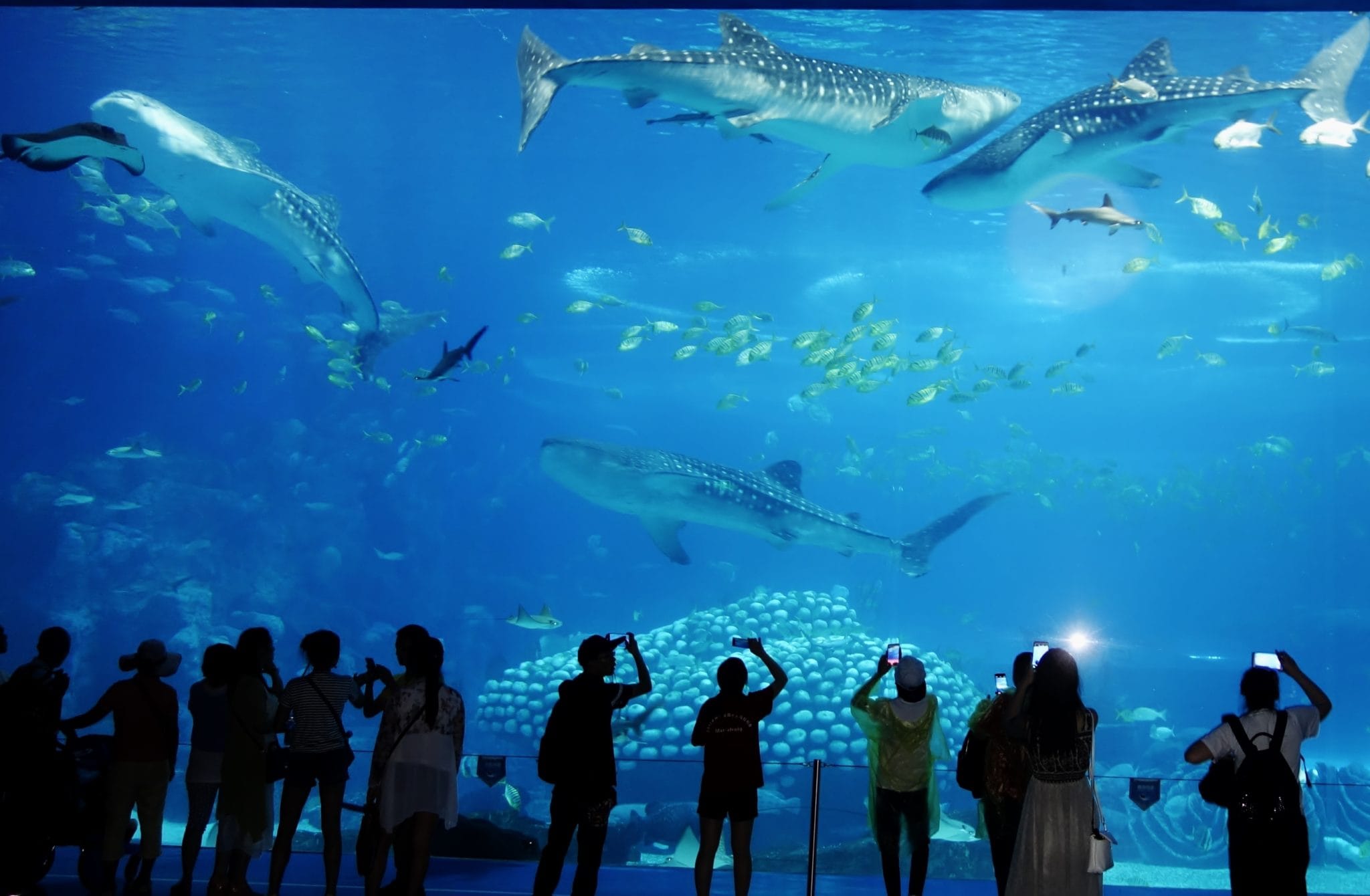 The aquarium is home to around 20,000 rare species of fish including several shark species, manta rays, and sea turtle, offering unparalleled insight into the secrets of the underwater ecosystem.

The impressive aquarium window is not the only record held by Chimelong Ocean Kingdom. The attraction also holds the award for the world’s largest aquarium, largest aquarium tank and largest underwater viewing dome.

8. Institute for Sound and Vision – Netherlands

The Institute for Sound and Vision was established in 1997 with the principal mission of ‘managing and preserving the Dutch audiovisual heritage and making it accessible to a wide audience’.

To achieve this, nine locations were merged into one central institute, and today Sound and Vision collects, protects and offers public access to nearly three quarters of the Dutch audio-visual heritage. With over 750,000 hours of music, radio, television and film are housed in its walls (and still growing), the collection is one of the largest audiovisual archives in Europe. 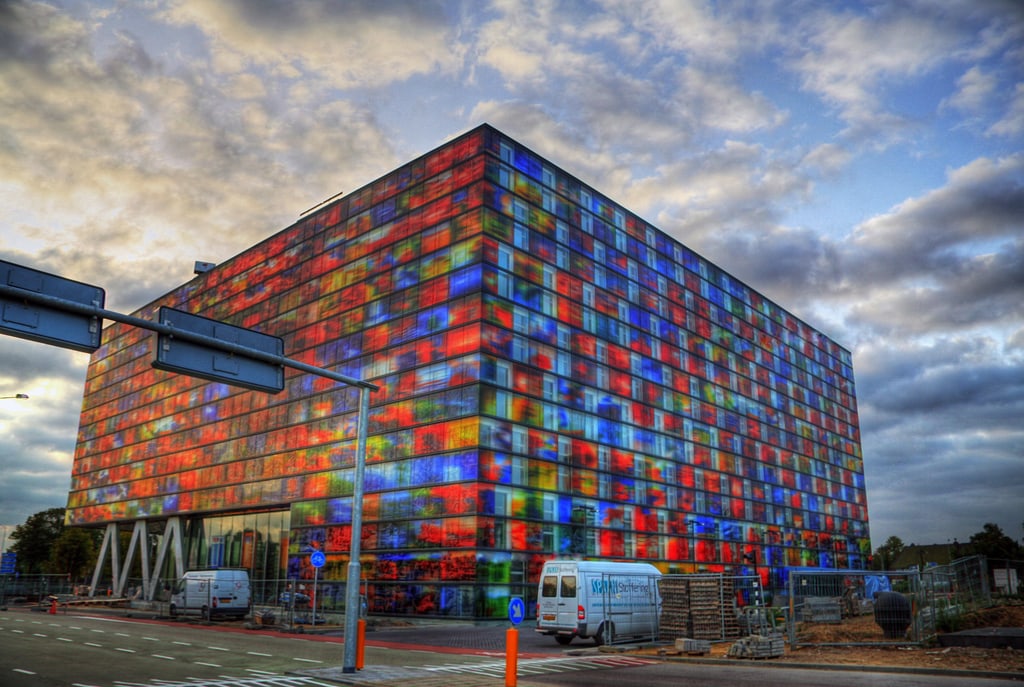 The exterior of the building itself displays a stunning stained glass facade designed by Jaap Drupsteen to give passers by a taste of what’s inside; each of the 2,244 glass panels displays an abstracted image from the Sound and Vision collection, every one with a unique relief and colour pattern.

What makes this colourful ‘second skin’ such an architectural masterpiece, is the attention to detail. During construction, a rotation mechanism was installed enabling the panels to be easily cleaned, retaining the visual impact of the building.

Make an enquiry for Timber Windows for your home

Make an enquiry for Timber Windows for your home