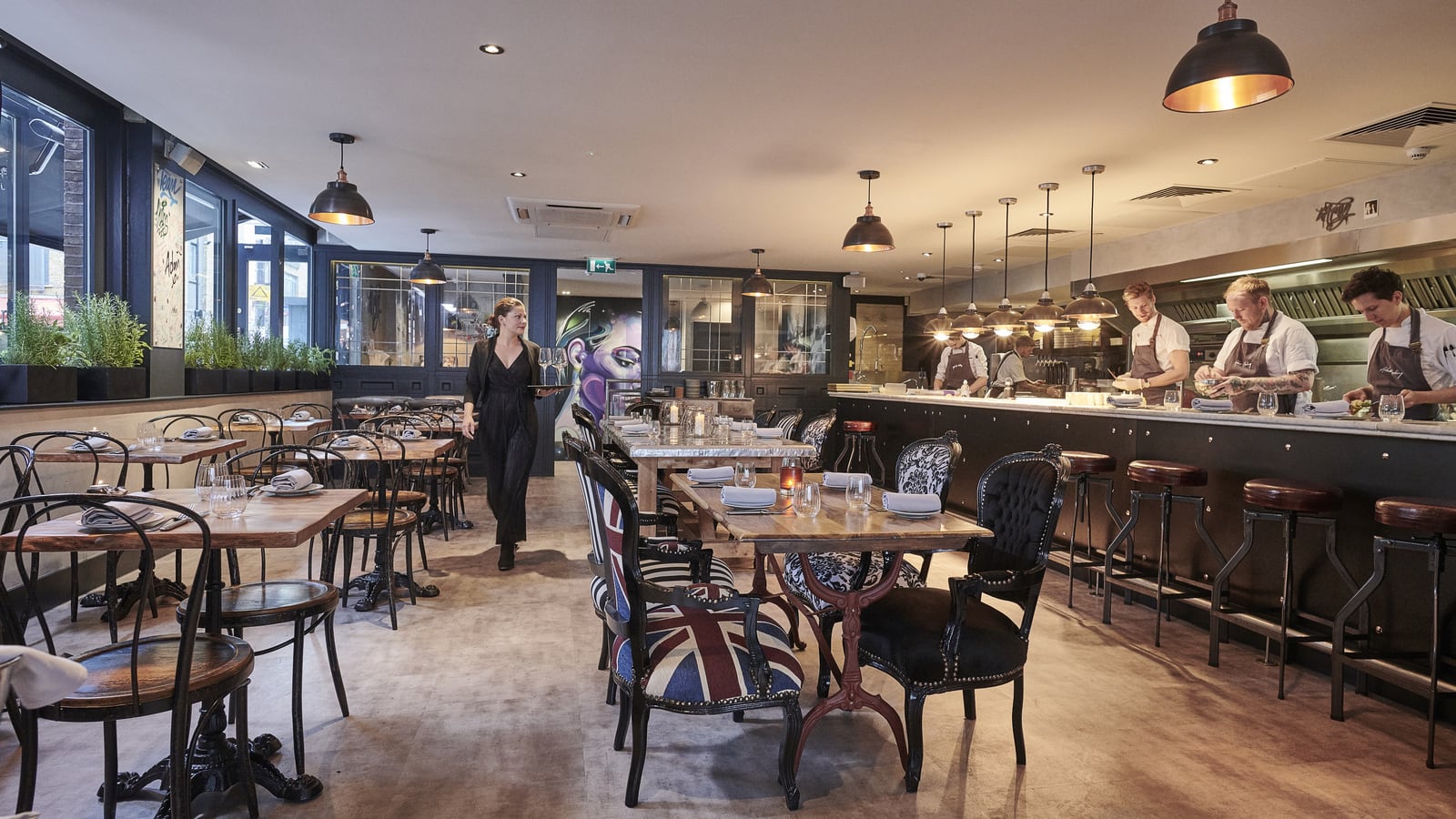 The man behind cheese doughnuts and chicken butter undertook a challenge of gastronomic proportions in August this year, by opening three distinct eating and drinking establishments all under the same roof in London.

With relaxed and sustainable dining at the very core of his mission, award-winning chef Adam Handling launched The Frog Hoxton, along with sustainable coffee shop and deli Bean & Wheat, and a brand-new bar concept, the Iron Stag. As an award-winning chef, Adam’s beautifully presented British dishes are made from carefully sourced, top quality, seasonal ingredients. His food is skilfully prepared in creative ways to deliver a depth of flavour and harmony, and his innovative approach has earned him an impressive range of awards including the Scottish Young Chef of The Year 2011, Scottish Chef of the Year 2015, Newcomer Restaurant of the Year in the Food and Travel Reader Awards 2015, as well as the British Culinary Federation’s Chef of the Year 2014. He was also the youngest person to be tipped by the Caterer magazine as one of the ’30 under 30 to watch’ in the 2013 Acorn Awards. Diners will be in for a treat, as the menus at all three Hoxton establishments have been carefully developed in collaboration with the newly appointed Daniel Watkins, who has taken on the role of Executive Chef at Hoxton. We were particularly excited to see that Daniel had taken on such an opportunity, as he previously worked at The Anchor in Hullbridge which overlooks the River Crouch in the heart of the Essex countryside. Here at Westbury, we have often sent hungry clients on to The Anchor after they have visited us at our Essex showroom to see our bespoke joinery workshop, confident in recommending the outstanding food.

At The Frog Hoxton, guests can expect a vibrant and refined style of cooking with an added emphasis on communal, sustainable dining. The walls are decorated with edgy street art murals by Mr Cenz and Monica Vincent, and a long open kitchen stretches across one side of the restaurant. Described by Adam as “how I would want to eat out”, the new menu features epic sharing plates that celebrate and encourage a zero-waste approach to eating. We don’t want to make your mouth water too much but imagine wood-roasted monkfish with tandoori-spiced butter, and BBQ lamb with olive and courgetti. These sharing dishes sit alongside a six-course tasting menu with tempting dishes such as beef, kohlrabi, shoots, smoked egg, and yeast roasted cauliflower with kimchi. Adam’s sustainable coffee shop turned craft-beer shop, Bean & Wheat, continues the emphasis on reducing waste at Hoxton. Adam has implemented a recycling initiative to sustain Bean & Wheat’s craft beer library, encouraging customers to bring their empty beer bottles back in exchange for free coffees. What’s more, with Bean & Wheat now in the same building as two of Adam’s other venues, the transportation of surplus food and off-cuts to Bean & Wheat (to be used in delicious salads, sandwiches, parfaits and preserves) is even easier, allowing the team to bring together elements from each site into one cohesive, sustainable operation. The restaurant group’s no-waste ethos has been amplified at Hoxton through the installation of a state-of-the-art food lab in The Frog Hoxton kitchen which will be used for the brining, curing and fermenting of fresh foods – as well as the creation of the venue’s own home-brewed kombucha. Having been inspired by regular trips to Nordic and Scandi restaurants Dill and Noma (both Michelin-starred), Executive Chef Daniel Watkins brings an invaluable understanding of clever preservation techniques to complement Adam and Head Chef Jamie Park’s passion for eliminating waste in the hospitality industry. The pioneering food lab is used to preserve fresh produce in nutritious, interesting ways, which can then be used across all three of the site’s venues.

All imagery courtesy of The Frog Hoxton restaurant