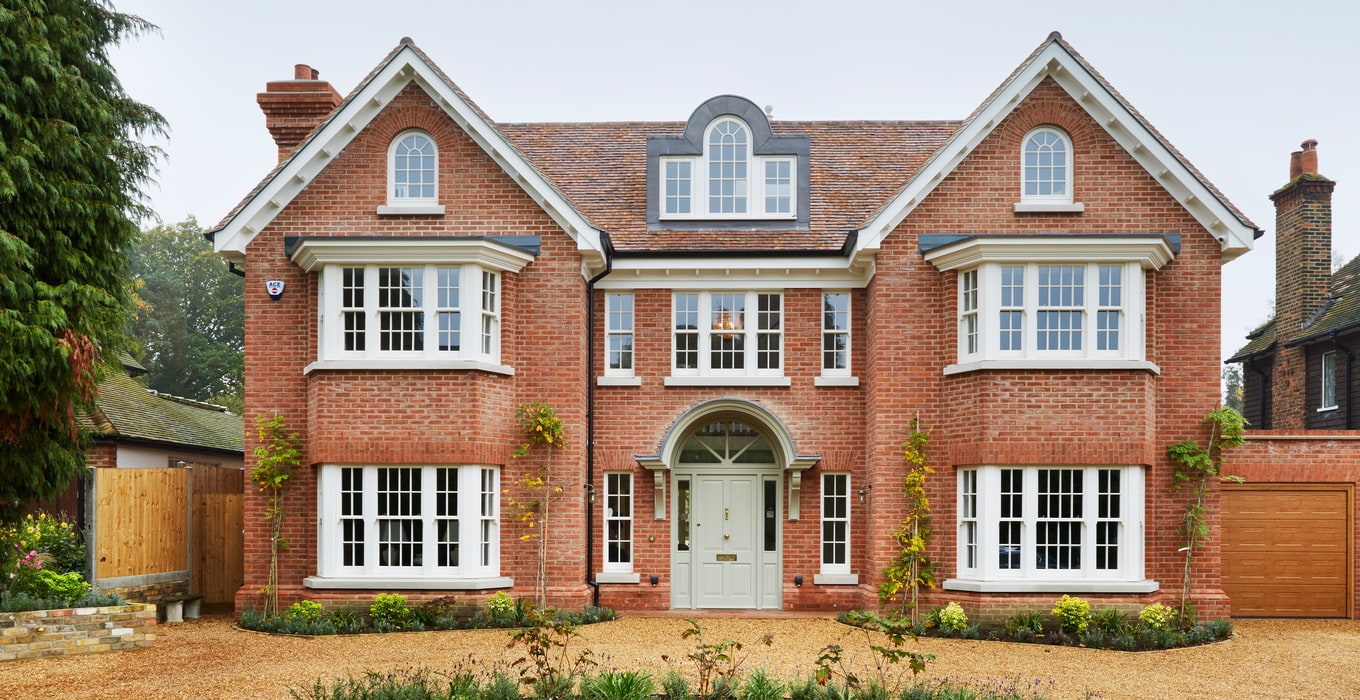 The golden ratio, sometimes referred to as the "divine proportion," a formula dating back to 300BC, is said to be the root of all beauty in nature, art and architecture. But is there truth to these tales, or can we reside them to history?

The use of the golden ratio in architecture has a unique quality, one that other mathematical sequences do not, in achieving balance and proportion. Allowing architects and designers to systematically achieve precise visual balance by applying a logical system to determine proportions that are naturally pleasing to the eye. Stick with us, we’ll explain how…

What is the golden ratio?

The golden ratio follows the Fibonacci sequence. A pattern of numbers that are created by adding the current number in the sequence to the one previous, which then creates the following number in the pattern. The sequence begins as follows:

The ratio between each consecutive number is where it begins to uncover something truly fascinating. The golden ratio can be defined as an irrational number with an infinite amount of digits, recognised by the Greek letter Φ (‘Phi’). When rounded to the nearest 10 places the number appears as ‘1.6180339887’.

As the numbers increase, the ratio between them approaches the golden ratio more and more precisely.

As the golden ratio is a never-ending number, so too is the sequence. You’ll be relieved to know that’s the maths out the way, things get really interesting from here…

In visual terms, the golden ratio appears as a spiral, also known as the Fibonacci Spiral or Golden Spiral. A logarithmic spiral that grows by a factor of the golden ratio. It begins with a collection of squares, each proportioned to 8 consecutive numbers within the sequence and tiled in the order illustrated. A circular arc can then be drawn from one corner of each square to the opposing corner, revealing a spiral and perfectly proportioned quadrilaterals.

In architectural terms, this ratio generally takes the form of the golden rectangle – any shape that can be wholly divided into up into a square and a rectangle that, when combined, establishes a ratio, approximately equating to 1:1.61. Since both the lengths and widths of these shapes correspond to the ratio, the theory suggests that it is possible to upscale or downscale a structure while still maintaining these golden proportions.

The Golden Ratio used around the world

The golden ratio is believed to have been witnessed throughout the natural world and even been applied in art and architecture throughout history. In nature, it appears most commonly in plants, fruit, shells and even hurricane cloud formations. Perhaps most famously used by Leonardo Da Vinci who was believed to be a fan of the Golden Ratio, applying it to works such as Vitruvian Man and Mona Lisa. Later Illustrating a book published by Luca Pacioli in 1509 entitled De Divina Proportione or ‘The Devine Proportion’. Architectural wonders like The Parthenon are also assumed to have followed the divine ratio. Many buildings that feature evenly spaced columns are often considered a nod to the ratio and its tenure with the ancient Greeks.

The [assumed] earliest application of the Golden Ratio in architecture is believed to be the Great Pyramid of Giza. Although there is no documented writing to confirm its intended implementation, there is a golden ratio within the triangular form with a 0.025% margin of accuracy. In addition, with a 0.1% margin for accuracy is the appearance of ? (‘Pi’). The intended application of both of these mathematical methods of design is often disputed. However, the near-perfect ratios make it extremely difficult to believe otherwise.

Further applications in architecture can be found in Notre Dame, The Taj Mahal and the UN Secretariat building; Created following the golden ratio by the architects Oscar Niemeyer and Le Corbusier. Four years prior to its construction, Le Corbusier had devised his Modulor system in 1943, describing it as a “range of harmonious measurements to suit the human scale, universally applicable to architecture and to mechanical things.” So it’s assumed that, with this system residing in the forefront of his mind, the building may have been a purposeful demonstration of implementing the golden ratio in architecture. The building itself, 505ft (154m) tall, is located in Manhattan NY, and as you can imagine, dividing 505ft by an irrational number like the golden ratio is not without its difficulties. So, Le Corbusier cleverly separated the 39 floors by placing reflective bands on its façade. Forming several rectangles that follow the Golden Ratio.

“rhythms apparent to the eye and clear in their relations with one another. And these rhythms are at the very root of human activities. They resound in Man by an organic inevitability, the same fine inevitability which causes the tracing out of the Golden Section by children, old men, savages, and the learned.” – Le Corbusier

Generally, studies have shown that we all subconsciously gravitate towards buildings that appear balanced and well proportioned. This is why, perhaps, our orangeries are often described as ‘the hub of the home’ and space to which the whole family are drawn. Though modern marvels of construction may provide exciting celebrations of design in a bid to push the boundaries of architecture, we often write them off for a day-to-day living, opting for more traditional and classic structures. After all, where do you place your rectangular oven in a circular kitchen?

One of the simplest ways to impart balance and structure to a building is to follow the principles of the golden rectangle. Using the ratio to determine the layout, door and window placement. Since both lengths and widths correspond to the ratio, when the internal floor area is split up into a square and rectangle the proportions should always correspond to the divine ratio. Always remaining beautifully balanced and ideal for open plan living. Similarly, when it comes to building orangery home extensions, by following the principles laid out by the golden ratio, architects can correctly alter a building’s proportions with just a few simple calculations.

Just as interior design features will set the mood for the rooms within a house, the way that a building appears from the outside can also have a huge impact on its surroundings. It is no surprise, then, that the golden ratio has such an important role in architecture and design. Its use can help a building span beyond the realms of form and function to deliver an exceptional quality of appearance, too.

This is especially true of traditional-style projects and heritage restorations where balancing proportions to reflect the period of the building is essential to the property’s appearance. The symmetrical front elevation of a truly quintessential Georgian property, for example, could encompass the golden ratio into its proportions, with its height, width, door and window positions and sizes, all relative to the size of its roof pitch. Truly sympathetic Georgian style sash windows should also mirror the size and spacing rules as defined by the golden ratio i.e. if a window is one unit wide, it should be 1.618 units tall – spanning ‘six over six’ panes combined with slim, refined glazing bars and deep reveals.

First defined in Euclid’s The Elements 2,300 years ago, the concept of the golden ratio is well ingrained into mathematics, design and even the stock market. But is the application of the Golden Ratio more informational than dogmatic. A tool more than a rule?

Some argue that, strictly speaking, implementing the golden ratio is impossible in architectural design. When working with complex calculations, scales, and proportions in designing any building or orangery, the results always produce an exact figure, but the golden ratio has an infinite number of decimal places, so how can this irrational number possibly produce anything with real-world application.

This brings us to introduce… the Golden Mean. A far less complicated number of 1.618, it is generally the most widely accepted, realistic, ratio to be applied in architectural designas a method for ensuring a balanced hierarchy of scales. While the importance of these proportions is, of course, secondary to structural integrity, a nod in the general direction of this principle can have a dramatic effect on the kerb appeal of the property. However, it’s worth noting that these measurements are typically used approximately or as rules of thumb rather than hard and fast numbers. Often, practical limitations such as materials, worksites, and human error make it exceedingly complex to meet the ratio exactly. 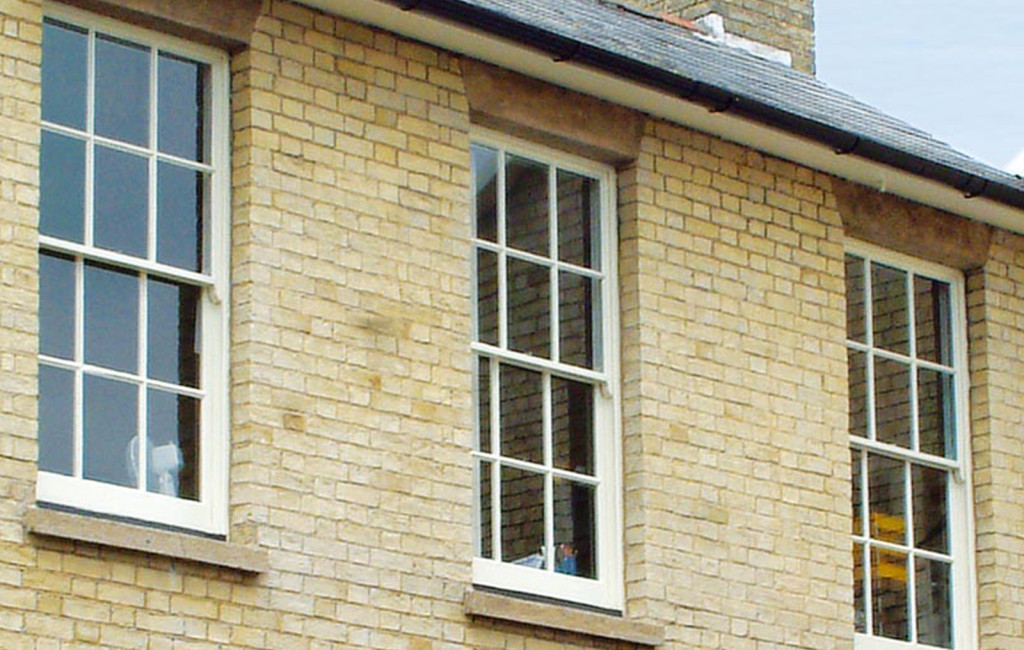 In the world of design, scale and proportion are important, and the golden ratio is believed to create an aesthetically pleasing and balanced finish. In essence, the golden ratio in architecture can be thought of as fine aesthetic detail, providing an impressive sense of artistry; a certain je ne sais quoi. This golden ratio of proportion has been recognized and followed by architects, artists, and designers for centuries, and can be witnessed all around the globe within many famous landmarks and masterpieces. Whether you find yourself arguing for or against the claims of beauty derived from the golden ratio, one thing is certain – bringing balance, proportion, and careful consideration to the forefront of any home architectural build will always ensure a beautiful finish. 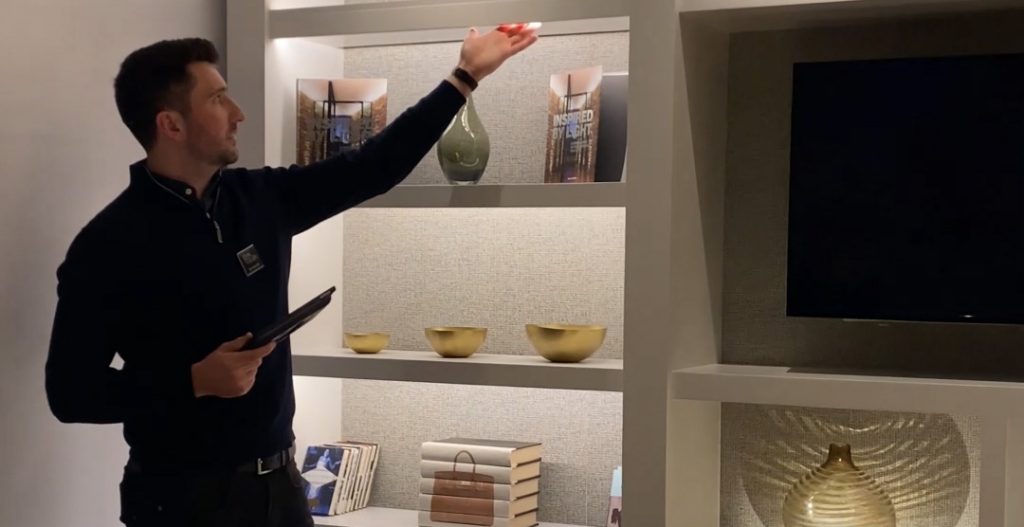