Tree of the month: Oak 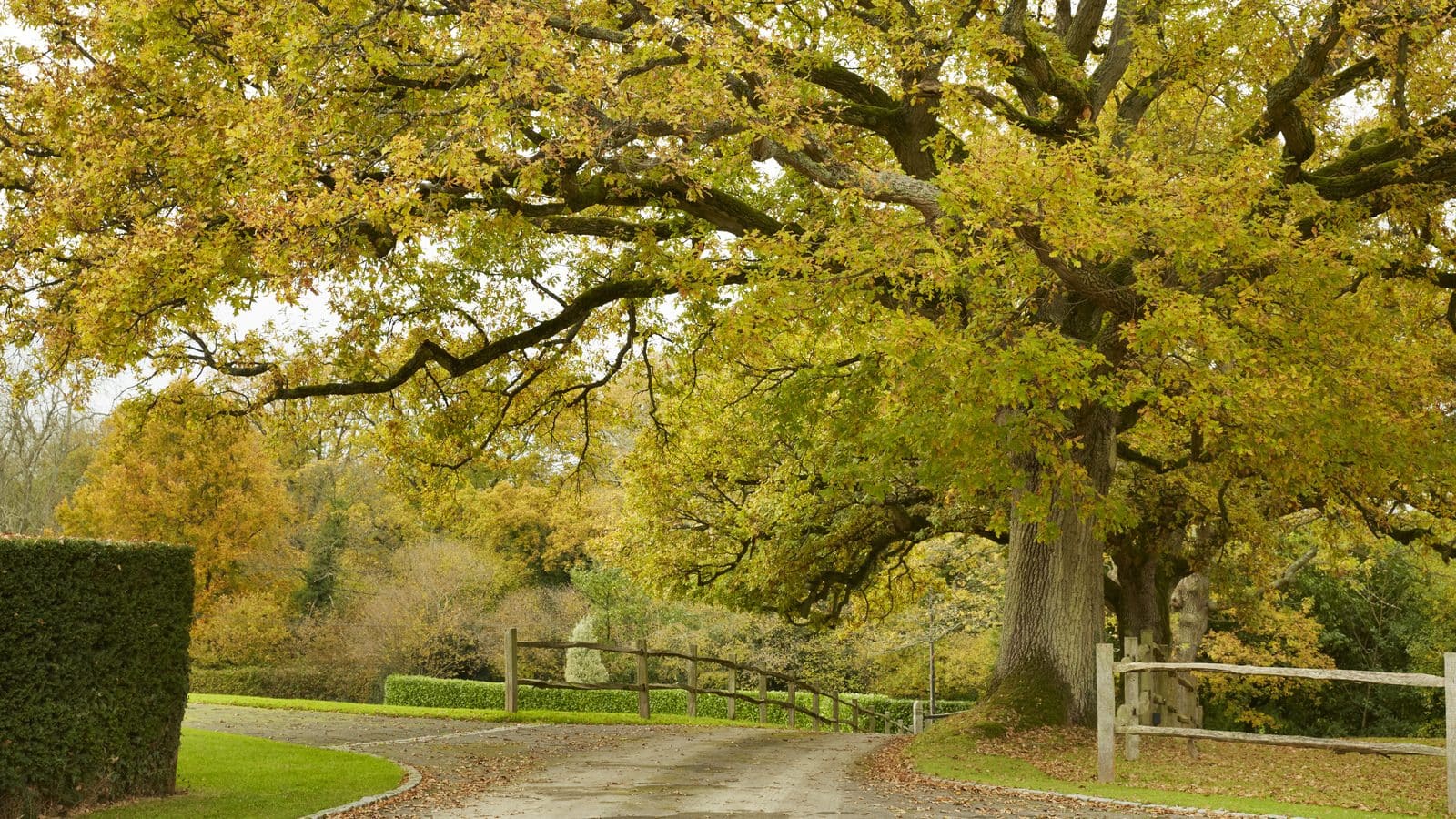 Universally revered, the oak’s special qualities have been recognised since the dawn of time and has been worshipped across religions and cultures for hundreds of years.

Part of our culture

Oak trees produce one of the strongest and hardest timbers, with a high tannin content. Apart from its qualities as a natural building material, it’s also associated with strength and survival – without a doubt, the ancient oak has played an important role in our heritage. 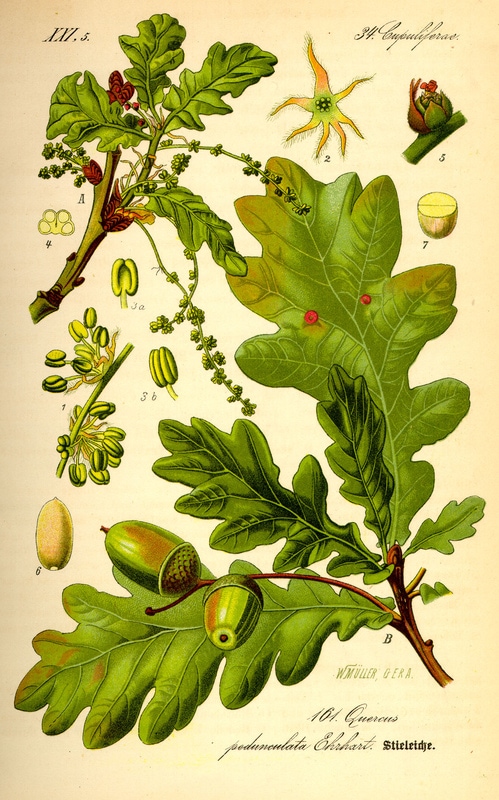 In the past, oak trees served many purposes. For example, oak trees were used to mark parish boundaries as well as to build the churches themselves. 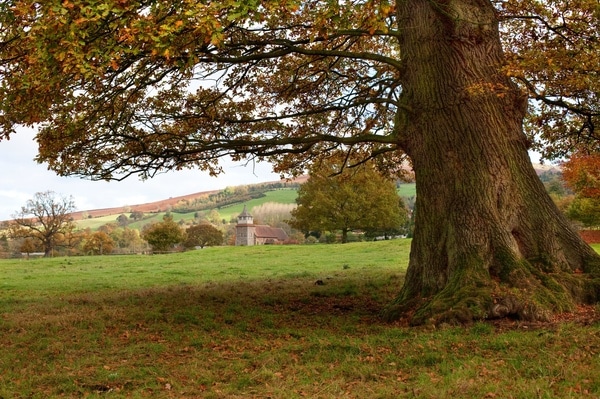 Wine barrels have been made from oak for years to enhance the flavour. Couples would be wed under the boughs of an oak and the festive yule log burnt in the hearth would be traditionally cut from an oak tree.

Oak trees have also played a part in some of the most iconic moments in our history. King Charles II hid from the Roundheads in the branches of an oak after the Battle of Worcester in 1651. 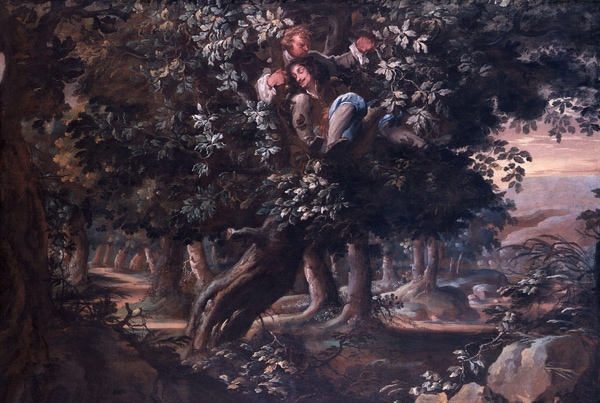 His Restoration Day was celebrated as ‘Royal Oak Day’ and subjects wore oak-apples, twigs and leaves in their buttonholes. Acorns were carried as good luck charms and ‘The Royal Oak’ became one of the most popular names for British pubs. 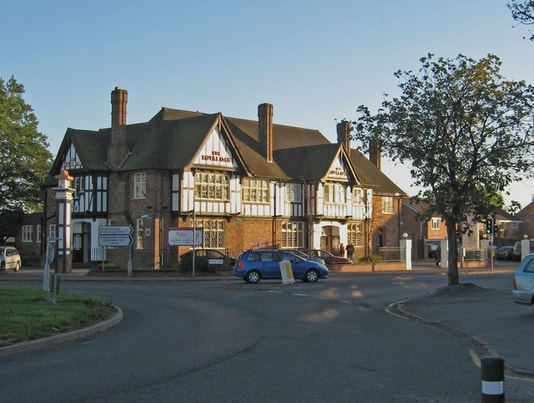 The symbolic meaning behind the oak tree has always been that of longevity, stability, strength, tolerance, wisdom, and prosperity. In 1935, the National Trust announced a competition to design a symbol that could be used on signs, notice boards and stationary with a £30 prize available to the winner. Designs had to be either a lion, rose or an oak to represent the English heritage. 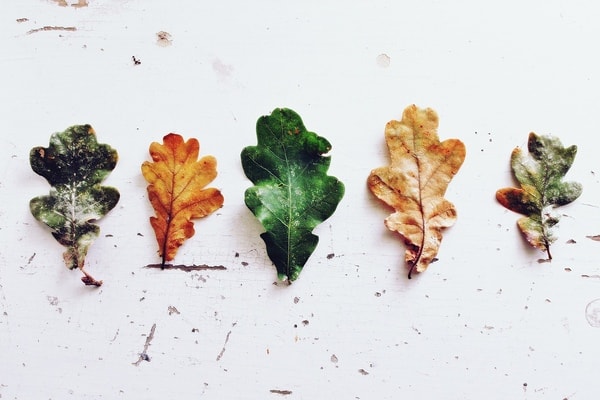 The winning entry was an oak leaf designed by Joseph Armitage, a wood carver. Despite numerous updates, the iconic National Trust logo is still a household brand, some 70 years later. 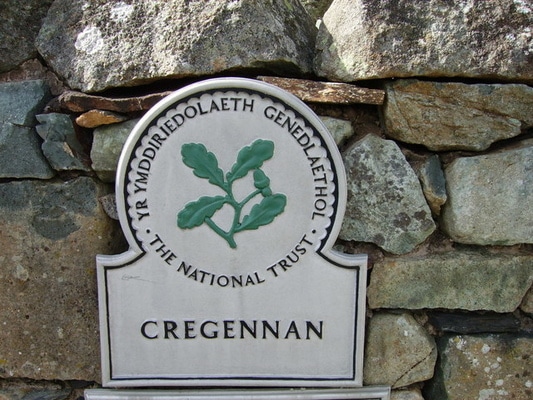 Tree Of The Year competition

Life is long for an oak tree, with some living for hundreds of years. The Bowthorpe Oak in Lincolnshire is renowned throughout Europe for its longevity, having an estimated age of over 1,000 years old. 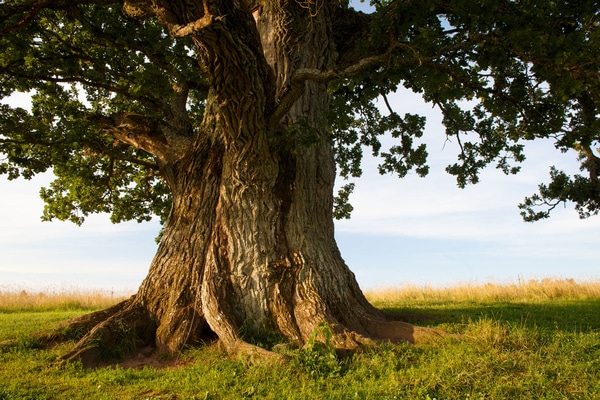 Many of these ancient trees have their own interesting stories, so it’s no surprise that oaks feature heavily in the shortlist for this year’s Tree Of The Year competition run by the Woodland Trust. Entrants include the Quarr Abbey Oak in the Isle of Wight which has three curved trunks that mimic the shape of the ruin’s crumbled stone archways. 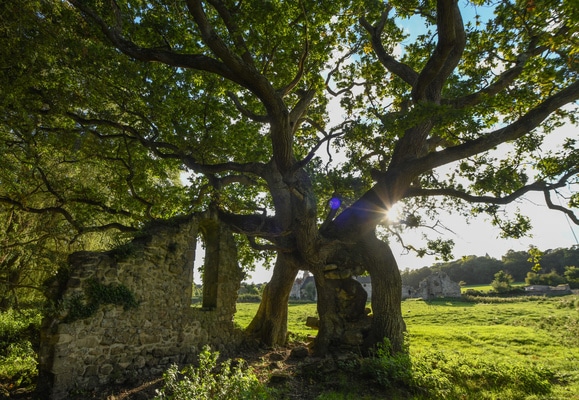 Then there’s the Old Electric Oak in Gloucestershire which has its very own campaign group. They have helped it to survive a very long battle against a very determined power cable since 1938. 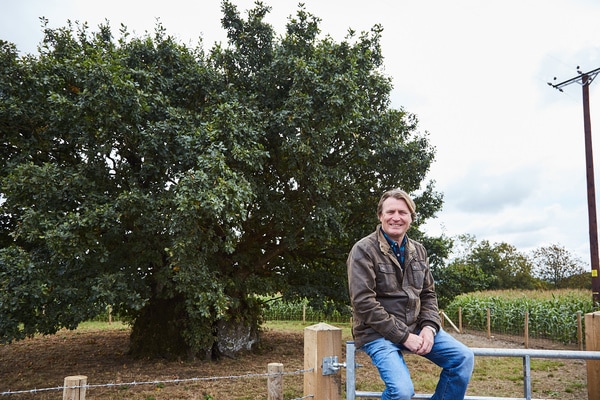 The Bruce Castle Oak stands in Tottenham’s first park which opened in 1892 in the grounds of Bruce Castle. 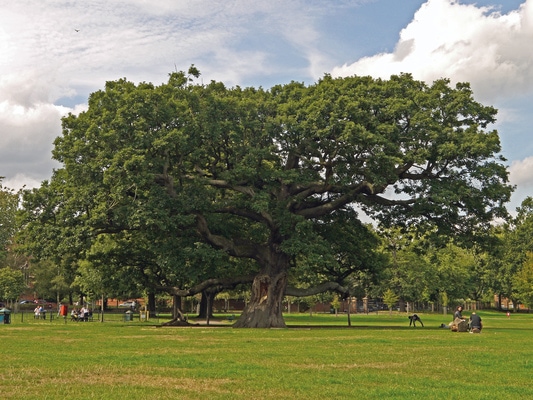 This tree is estimated to be over 450 years old and would have been a young tree when Queen Elizabeth I visited there in 1593.

Music to your ears

The rings found in the trunk of an oak tree can help show its strength, thickness and rate of growth. They can be used to build a timeline of events that may have impacted the tree and its growth over the years. 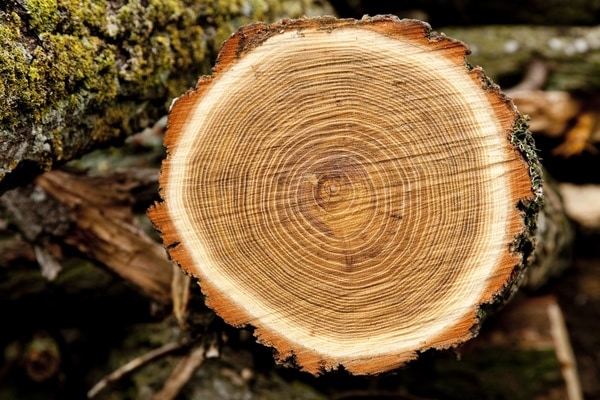 In his installation called ‘Years’, Berlin-born artist Bartholomaus Traubeck translated trunk data into sound with a record player that plays from tree ‘records’.

Historically it was our primary ship building material until the 19th century and remains a popular material for furniture, joinery, architectural beams, interior woodwork and flooring. 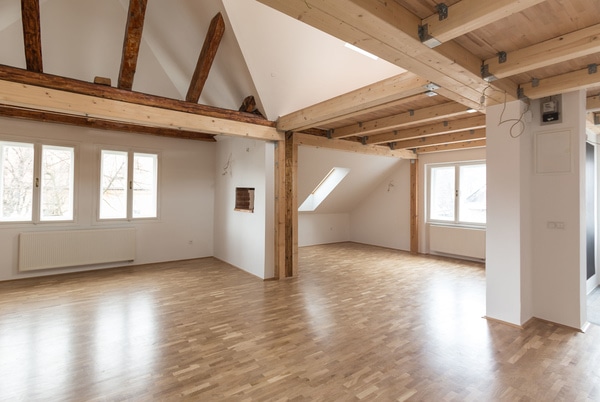 Unfortunately, the key factor is time – oak won’t start producing acorns until it is at least 40 years, and usually takes 100 – 150 years before its timber can be used. This makes it a rather unsustainable material to use.

Sapele is the only hardwood that we use only when truly necessary, for example on door thresholds with a heavy footfall. Most of our products are made using an engineered combination of Redwood, Sapele and Accoya™. Accoya is 100% environmentally friendly, and only takes approximately 28 years to harvest. 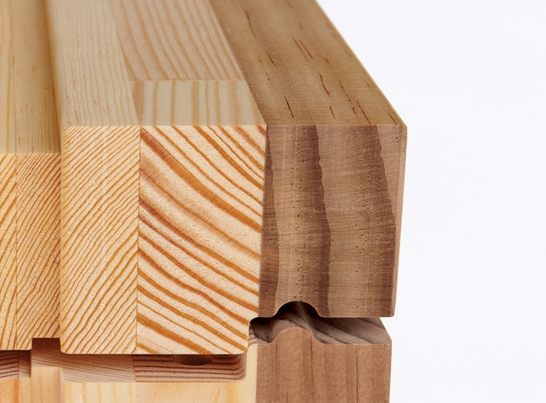