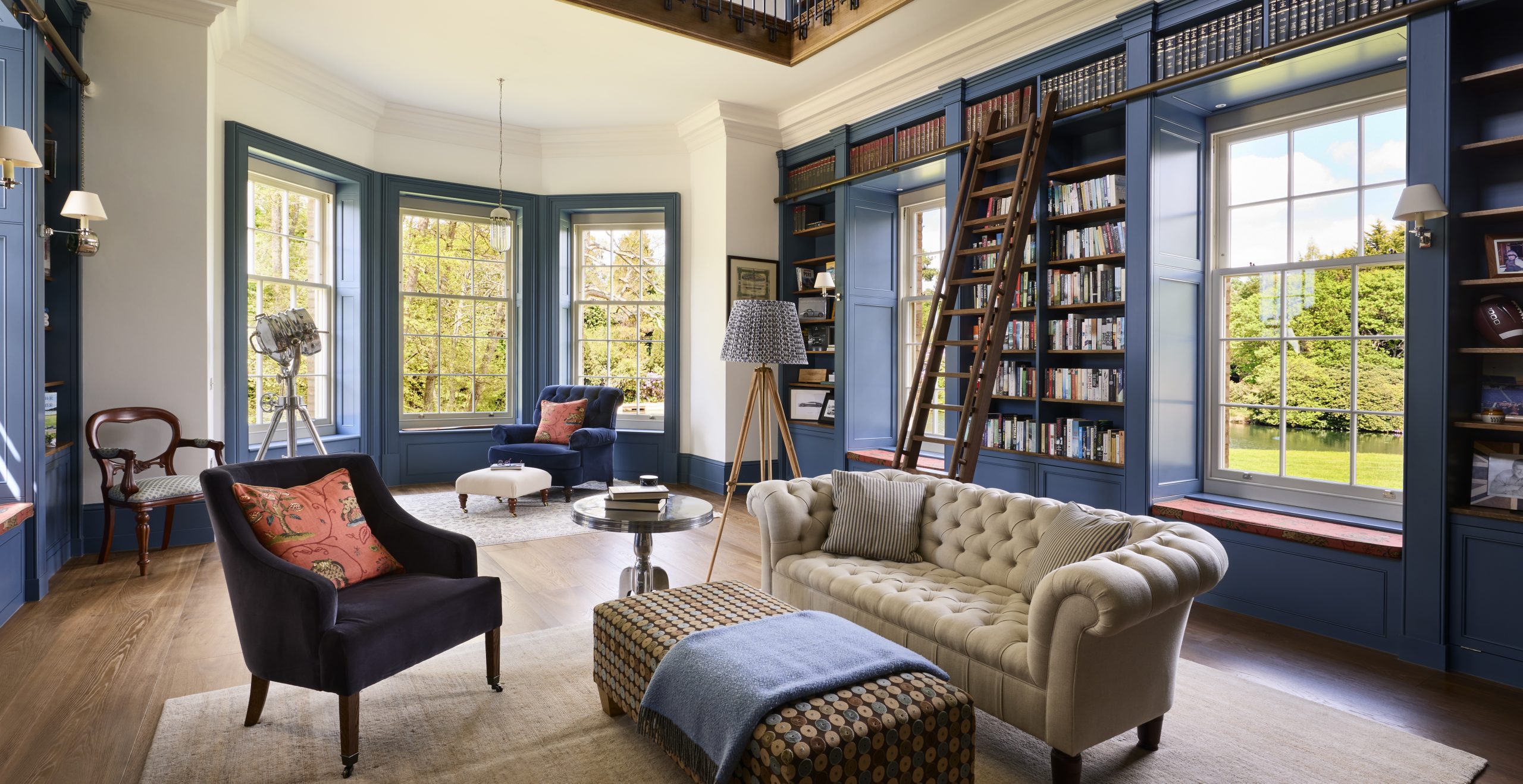 Our 5 must-reads over the festive season

If you're looking for little inspiration for your next kindle download, look no further...

For some of us, Christmas is a time full of parties, socialising and visiting friends and family. But some of us prefer a quieter and slower pace. If you fall into the latter category, Christmas can be a welcoming time to tune out of the busy comings and goings of the world and delve into a good book.

We asked a handful of our team to name a book that challenged their way of thinking, changed their life, or one that they simply couldn’t put down, and this is what they said:

1. Laurie Lee – As I walked out one midsummer morning

The synopsis: Abandoning the Cotswolds village that raised him, the young Laurie Lee walks to London. There he makes a living labouring and playing the violin. But, deciding to travel further afield and knowing only the Spanish phrase for ‘Will you please give me a glass of water?’, he heads for Spain. With just a blanket to sleep under and his trusty violin, he spends a year crossing Spain, from Vigo in the north to the southern coast. Only the outbreak of the Spanish Civil War puts an end to his extraordinary peregrinations . . .

A great book for escapism. Beautifully written with true poetic genius. Laurie Lee eloquently describes his journey across Spain with nothing but the clothes in his bag and a violin in hand. A musician in search of a simple life, busking for pennies to pay for a room for the night or relying on the kindness of strangers for a hot meal and a roof over his head. Laurie Lee brings to life a side of Spain and its people that were rarely seen by the average traveller and have largely changed since the time this book was written.

As we follow Laurie on his adventure down to the south of Spain we discover that the country is about to break out into Civil war and his trip has been cut short as the royal navy rescue him from the docks of Gibraltar. Shortly after returning home, Laurie yearns to return to the Spanish landscapes and the people who welcomed him with open arms. He faces a difficult decision, does he stay in his South English family home, or return to help fight in the Spanish Civil War…?

The Synopsis: A Christmas Carol is the most famous, heart-warming and chilling festive story of them all. In these pages we meet Ebenezer Scrooge, whose name is synonymous with greed and parsimony: ‘Every idiot who goes about with “Merry Christmas” on his lips, should be boiled with his own pudding, and buried with a stake of holly through his heart’. This attitude is soon challenged when the ghost of his old partner, Jacob Marley, returns from the grave to haunt him on Christmas Eve. Scrooge is then visited in turn by three spirits of Christmas Past, Present and Future, each one revealing the error of his ways and gradually melting the frozen heart of this old miser, leading him towards his redemption. On the journey we take with Scrooge we encounter a rich array of Dickensian characters including the poor Cratchit family with the ailing Tiny Tim and the generous and jolly Fezziwig.

A true Christmas classic that is sure to melt the heart of even the stubbornest ‘scrooge’. We’re all familiar with the story of how a grumpy, greedy and lonely man is visited by four ghosts on the night before Christmas. Each encounter transforms the mindset of Ebeneezer Scrooge and helps him to embody all that Christmas represents, love, kindness and generosity. But this page-turner should definitely make your top 5 list of must-reads this year, as we imperfectly remember the tale and forget beautiful details that can be interpreted with new eyes as the years pass and we read again.

With only 96 pages in total, A Christmas Carol is an easy, quick read over the Christmas period and serves as an excellent reminder of our own shortcomings. If nothing else the book will spark a little festive spirit in all of us and reignite the magic of Christmas.

“He has the power to render us happy or unhappy; to make our service light or burdensome; a pleasure or a toil. Say that his power lies in words and looks; in things so slight and insignificant that it is impossible to add and count them up: what then? The happiness he gives is quite as great as if it cost a fortune.”

The Synopsis: An extraordinary insight into life under one of the world’s most ruthless and secretive dictatorships – and the story of one woman’s terrifying struggle to avoid capture/repatriation and guide her family to freedom. As a child growing up in North Korea, Hyeonseo Lee was one of millions trapped by a secretive and brutal communist regime. Her home on the border with China gave her some exposure to the world beyond the confines of the Hermit Kingdom and, as the famine of the 1990s struck, she began to wonder, question and to realise that she had been brainwashed her entire life. Given the repression, poverty and starvation she witnessed surely her country could not be, as she had been told “the best on the planet”? Aged seventeen, she decided to escape North Korea. She could not have imagined that it would be twelve years before she was reunited with her family.

A New York Times Bestseller that is enlightening, harrowing and moving all in one. The book tells the story of Hyeonsea Lee, the girl with seven names, as she grows up in North Korea under the leadership of Kim Il-sung. She describes in detail what it was like living a comfortable life, loyal to the regime, and how her attitude shifts as famine hit in the 1990s. Hyeonsea begins to see what is happening to her people and decides to cross a frozen river and enter China. Realising that if she returned, life for her family would never be the same.

Her story is one of struggle, living as an illegal immigrant in China, her travels to South Korea and her efforts to help both her mother and brother escape. A thought-provoking and emotional memoir that demonstrates the immense strength and bravery of one woman. Every page of this story will make you feel incredibly lucky and humbled to be living a free life, safe from starvation and oppression.

No one was ever told their precise ranking in the songbun system, and yet I think most people knew by intuition, in the same way that in a flock of fifty-one sheep every individual will know precisely which sheep ranks above it and below it in the pecking order. The insidious beauty of it was that it was very easy to sink, but almost impossible to rise in the system, even through marriage, except by some special indulgence of the Great Leader himself. The elite, about 10 or 15 per cent of the population, had to be careful never to make mistakes.

4. Lauren Juliff – How not to Travel the World: Adventures of a Disaster-Prone Backpacker

The Synopsis: Instead, Lauren’s travels were full of bad luck and near-death experiences. Over the space of a year, she was scammed and assaulted; lost teeth and swallowed a cockroach. She fell into leech-infested rice paddies, was caught up in a tsunami, had the brakes of her motorbike fail and experienced a very unhappy ending during a massage in Thailand. It was just as she was about to give up on travel when she stumbled across a handsome New Zealander with a love of challenges…

A story that will reassure even the clumsiest, most gullible, and inexperienced of solo travellers, to book that one-way flight to the furthest reaches of the world. A hilarious tale of a Western woman’s adventures backpacking through East Asia. Lauren shares her hesitations and fears of her travels as a woman who suffers from severe anxiety but wanted to challenge herself and see the world.

In a wonderfully relatable story, the author can overcome her struggles, despite a succession of misfortunate and misunderstood events. Her honesty and attitude towards life are refreshing and encouraging to know that the only thing standing in your way, is yourself.

5. Joseph Galliano – Dear me: A letter to my Sixteen-year-old self

The synopsis: In Dear Me, some of the world’s best-loved personalities have written just such a letter. Dear Me includes letters from three knights, a handful of Oscar winners, a bevy of Baftas, an intrepid explorer, a few teenage pop stars, an avid horticulturist, pages and pages of bestselling authors, a dishy doctor, a full credit of film directors, a lovey of top actors, a giggle of comedians and an Archbishop! The letters range from the compassionate to the shocking via hilarity and heartbreak, but they all have one thing in common: they offer a unique insight into the teenager who would grow up to be… Stephen Fry, Annie Lennox, Paul O’Grady, Jackie Collins, Fay Weldon, Alan Carr, Peter Kay, Debbie Harry, Brenda Blethyn, Jonathan Ross, Liz Smith, Will Young, Alison Moyet, Rosanne Cash, Sir Ranulph Fiennes, Yoko Ono, Emma Thompson… to name but a few.

An intimate and heart-warming collection of letters from some of the greatest talents addressed to younger versions of themselves. These letters are full of love, reassurance and appreciation for the trials and tribulations of a young person. Woven with nuggets of wisdom that we can all learn and grow from.

From Emma Thompson to Jonathan Ross, the diverse mix of celebrities makes this book an incredibly insightful collection of tales that openly portray what it means to be human, vulnerable and hopelessly optimistic. The book is a reminder that everything turns out ok in the end, and if it hasn’t yet. It’s not the end. 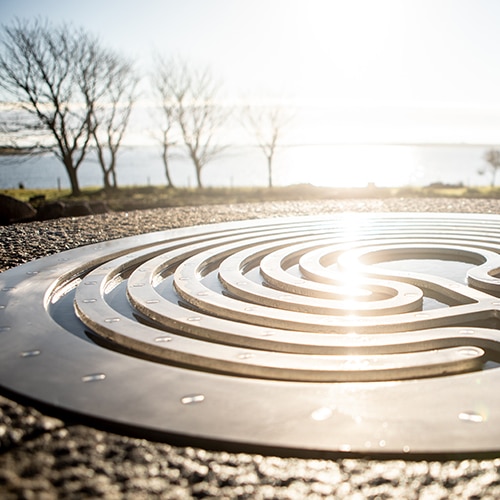 Kerdroya. Set to be the world’s largest labyrinth and made up entirely of traditional Cornish hedging. This phenomenal demonstration of Cornish heritage, craftsmanship and natural beauty marked the 60th anniversary... 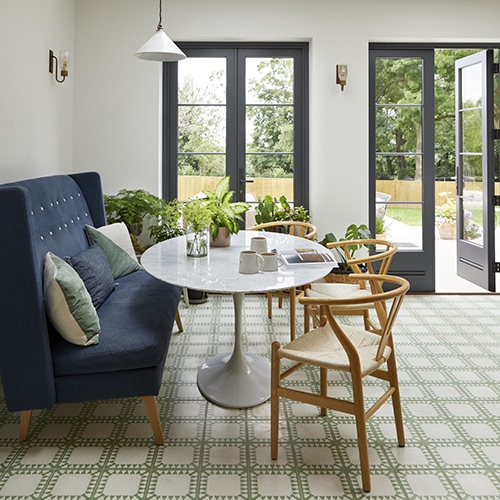 It’s the everyday finishing touches in life that make all the difference. The little things help us to pause and take a moment to reflect on our day, month and... 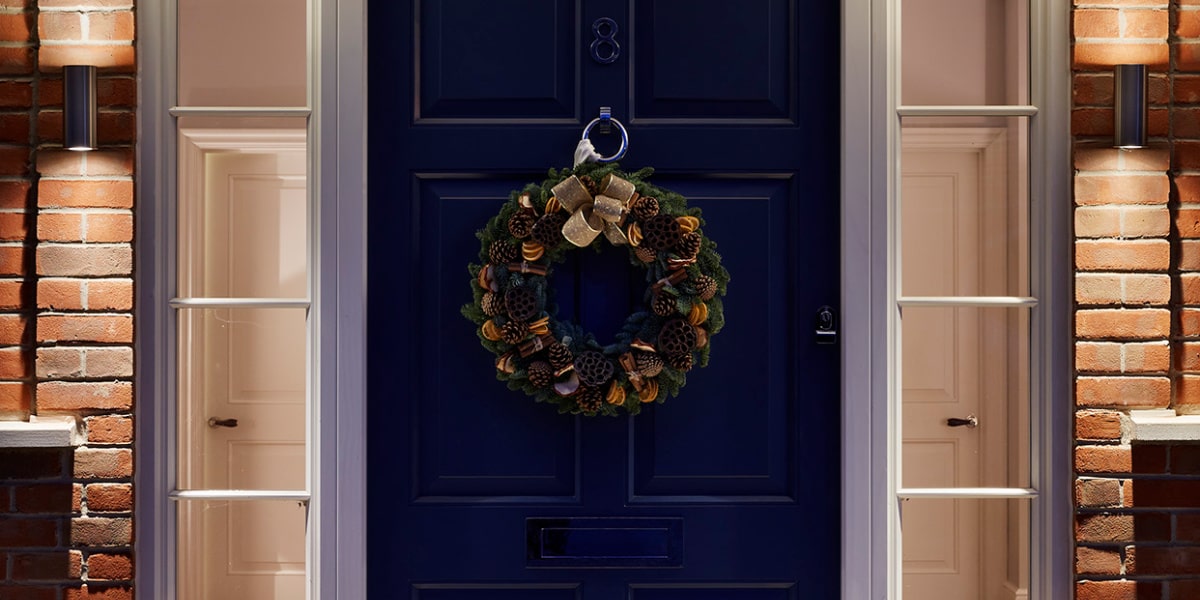 What could be better than a magnificent timber front door, adorned with a wreath you’ve created yourself? Our favourite florist Debbie Sharpe of The Flower Room Essex shares her essential...