The rise and fall of the timber window 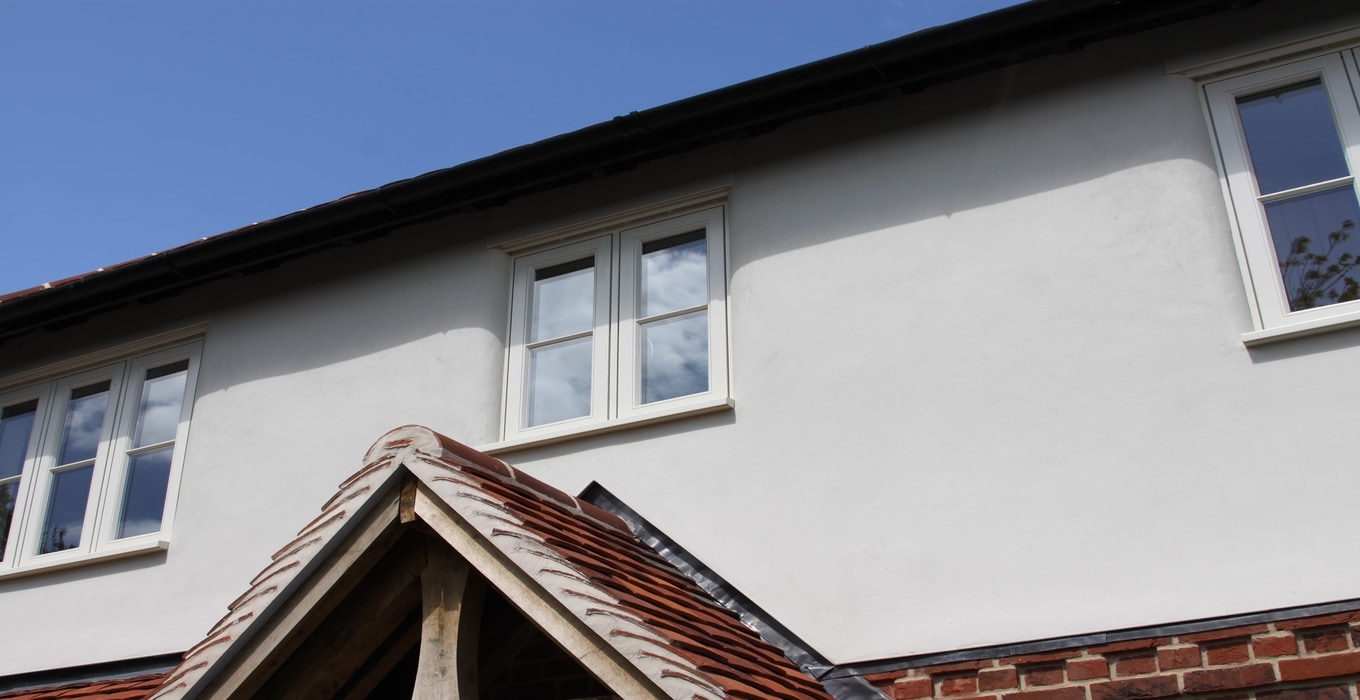 Throughout the 20th Century, timber window frames earned something of a bad reputation in terms of performance. Their unpopularity is a shame because timber is not only an attractive choice for window frames; it can also be the most functional choice, too. Providing the manufacturer has made the windows from the right kind of timber, you will find that they can last for 50 years or more.

Not for a long time have windows simply been regarded as a purely functional feature to a property. By looking at the evolution of window design from the middle ages, we can begin to realise the significance of a window’s appearance, as well as it’s functionality. Stained glass, decorative mouldings or window frames that strictly adhere to classic proportions all exist because of the aesthetic impact they have on a property. Timber has nominally been the material of choice for window frames throughout the ages, in part for its convenience in frame construction, but also, because of the way a timber frame looks.

However, with the advent of high volume, low-cost manufacturing techniques in the 20th Century, the performance of timber windows frames suffered, leaving homeowners and developers with the choice between beauty and function. Fortunately, thanks to research and innovation, consumers no longer need to choose between the two. In this article, we chart the rise, fall and rise again of the timber window.

A brief history of the timber window

Originally windows were purely functional openings in the sides of buildings. They were merely a means to ventilate dwellings with fires within, letting the air in and the smoke out. These simple features were wooden or stone frames, protected by wooden shutters or woven reeds. Later, semi-transparent material, such as mica, oiled cloth or animal horn, was used to protect the interior of the building from the British weather.

The Romans previously manufactured Glass in Britain during their occupation but the knowledge was lost, and glass was not produced again until the 13th Century. It remained an expensive luxury – and thus a status symbol until the 1600s.  By this time, the frame themselves became more sophisticated too, and wooden tracery and moulded mullions were incorporated into their designs. Joiners would often “sign” their work using unique decorations on the frames.

It was during this time that the most enduring of window style, the sash window, was developed in France. The initial design featured one fixed sash and a second, movable sash supported by pegs in the frame. The pulley and counterweight model that we know today was invented by the English and Dutch shortly after. Sash windows were occasionally made from oak, but softwoods, mainly from North America, were popular materials. The sash window remained virtually unchanged for the following three centuries, save for the number and proportion of panes within the sashes 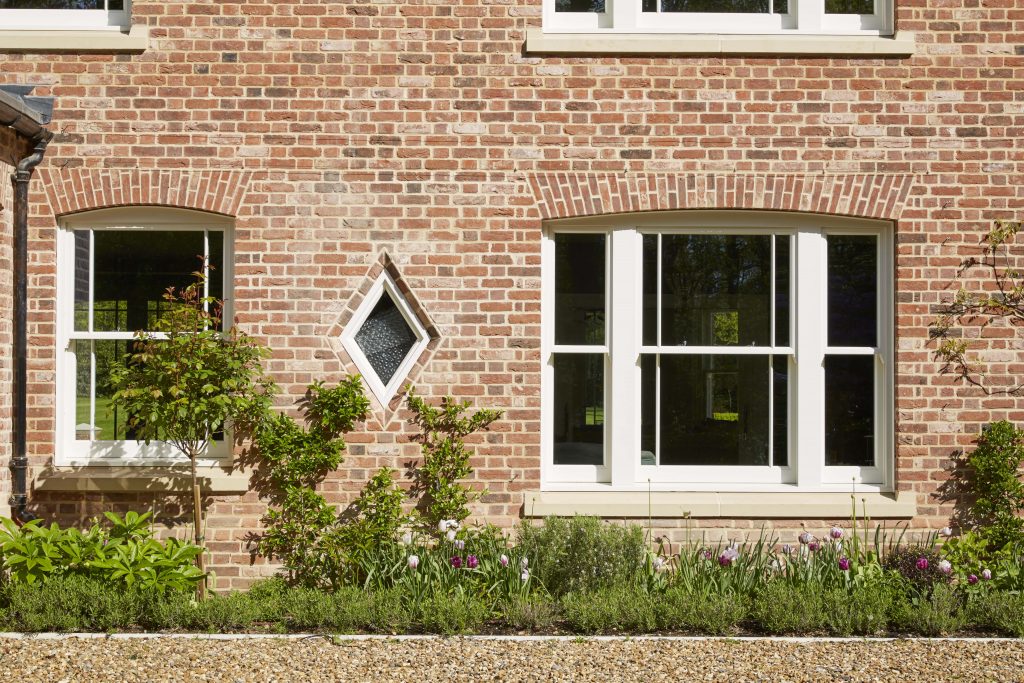 Timber frames in the 20th Century

At the turn of the 20th Century, casement windows once more became fashionable. With the rise of art deco in the interwar years, timber once again competed with metal as the frame material of choice. At the same time, manufacturing underwent a second industrial revolution; the introduction of mass-production and a drive to cost reduction. Homeowners now passed over individuality and character in favour of affordability.

Then came the Second World War, and with it the Blitz which left Britain’s major cities bombed out. After the war, Britain was near bankrupt and needed to quickly rebuild the country on a large scale. Canadian Douglas fir, a favourite material of joiners, became too expensive to import for the rebuilding programme and we began to look for cheaper, alternative timbers from Europe. These redwoods were not well understood, and thousands of homes were fitted with windows that soon warped and rotted.

It was during this time when timber frames became synonymous with cold and draughty homes, with glass panes rattling in the wind and frames sticking on humid days. And so, the reputation of the modern timber window frame was sealed. 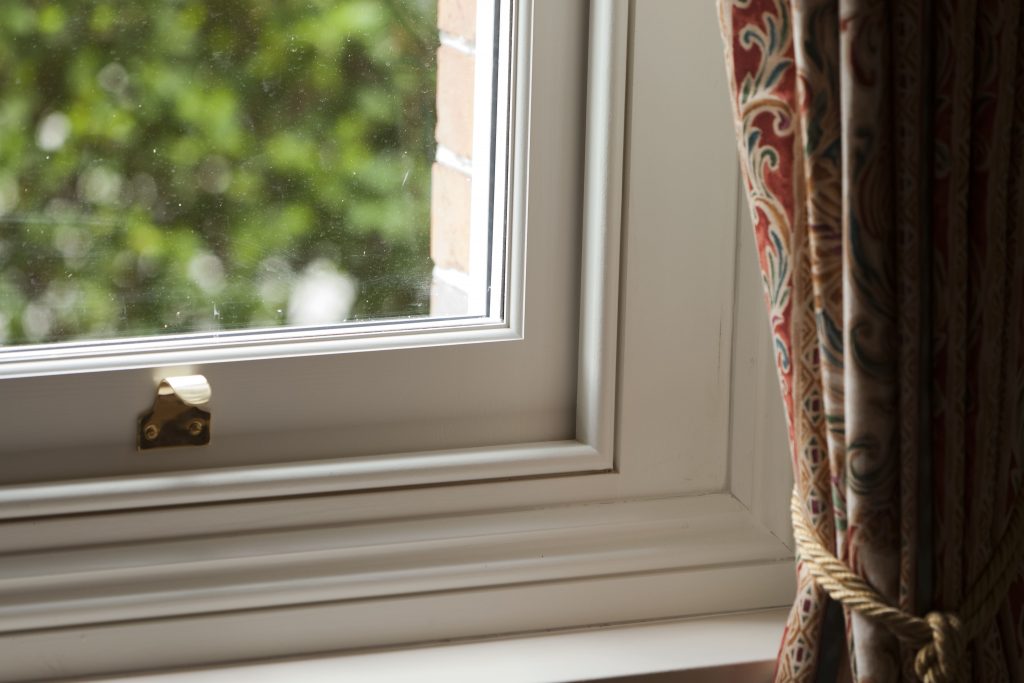 In the 1970s, uPVC seemed to offer a revolution in window technology that promised to solve all the problems people associated with timber windows. As well as insulating the home, mass-produced uPVC windows were affordable, believed to be low-maintenance and, because they were “plastic”, they would last forever. These benefits came largely at the expense of appearance, character, and the environment. The perception that uPVC was the superior product became self-fulling as timber frame manufacturers struggled to compete, and there was a glut of cost-cutting to keep up with demand.

Fortunately, some manufacturers in the timber window business were not satisfied with the status quo. John Mumford was one innovative designer whose efforts to bring wooden products back from the brink have made him a bit of a celebrity in the world of windows. He spent years researching the performances of different timber materials, joinery methods and fitting techniques in the hope of producing a better product. His hard work paid off, and he developed a new timber product that looked wonderful and surpassed the benefits of uPVC.

John’s innovations, including the introduction of advanced materials like engineered timbers, changed the UK window market for good. In 2012, Westbury Windows and Joinery endeavoured to develop the most advanced timber window on the market and invited John to join the company. This collaboration brought together his extensive experience in technical innovation, with the attention to design detailing and aesthetics that Westbury is so well known for.

The results speak for themselves. Westbury’s bespoke timber windows are not only beautiful; they are also the economical option when you consider a window’s lifetime cost. Westbury’s windows and doors are made with Accoya, an engineered timber that has low thermal conductivity in comparison to traditional softwoods and hardwoods. It also offers better insulation in comparison to uPVC. What’s more, Accoya has up to 75% improved dimensional stability, so it will not warp and let cold draughts in, making it cheaper to heat your home in the winter.

Contrary to popular belief, uPVC does not last forever. The material will discolour over the years from exposure to the sun’s UV rays. Though uPVC does have a service life up to 25 years, a modified wood such as Accoya will come with a guaranteed service life of 50 years. There is evidence to suggest that a well maintained, high-quality timber frame, particularly one coated with a durable long-life paint such as Teknos, can last over a century. A uPVC frame could be taking up space in a landfill while your beautiful, environmentally friendly timber frame is still standing the test of time – and the elements.

A Westbury timber window won’t just save you money over the window lifespan. Bespoke timber windows that are sympathetic to the period of the property, or in properties located in conservation areas, are greatly desirable. Cheaper uPVC windows in such a building can devalue your property by up to £20,000. 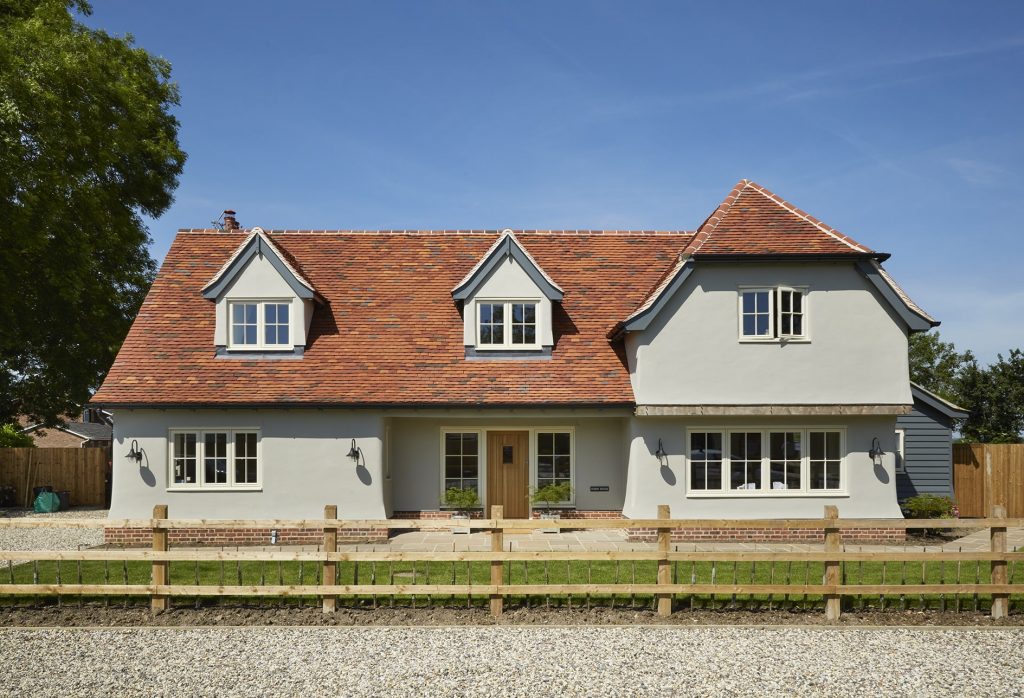 By mixing traditional charm and style with innovative techniques and materials, Westbury specialised in window and doors that are beautiful and the economical choice for your home, leaving draughty, rattily windows firmly in the past. If you have a project in mind, contact an expert from our team who can discuss your requirements in more detail with you.