Tree of the month – Redwood 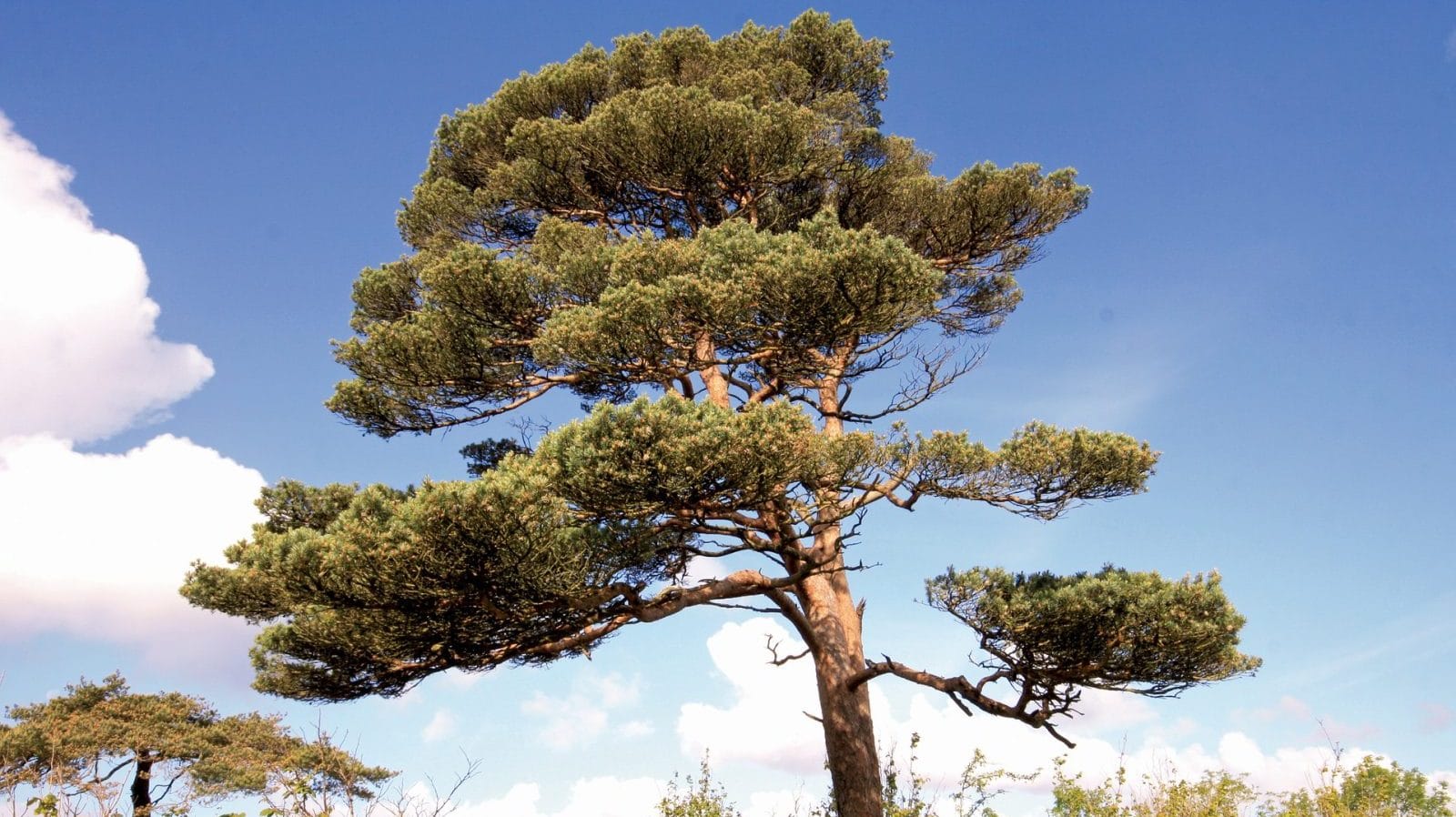 Pinus Sylvestris, or Redwood, is a coniferous evergreen that can live for up to 700 years (if left alone). Its towering height makes it an ideal timber source.

Scots Pine is, however, the only true native pine in the UK and formed large forests throughout England and Scotland until 8,000 years ago when the species went into decline as many of these areas were wiped out through the farming and deforestation that occurred over the centuries.

Scots pine is now widely planted all over Europe in managed forests and typically grows to around 30 metres in height and 1 metre in diameter. It has a highly adaptable root structure that can delve deep down as taproots or that can develop just below the soil surface as a shallow root system, meaning that it can thrive in poor soils in drier climates or at higher altitudes.

Redwood is slow growing, taking over 100 years to reach maturity which gives it tight growth rings and a high heartwood content. Combined with the relatively low level of moisture intake that occurs in Redwood, and its high density of around 500kgm3 (oak is typically 700kgm3) this means that Redwood timber is highly durable and prone to less movement, shrinkage, cracking or swelling, thus making it a highly favoured source for manufacturing timber. The natural tannins that are associated with the orange-brown colouring of the wood are also attributed with giving the wood a natural resistance to decay and insects.

Although most Redwood sourced for the UK timber industry is now sourced from managed FSC® or PEFC certified forests, the slow growing nature of the tree makes it less sustainable than the modified Radiata Pine product Accoya®, that we use here at Westbury, which can be harvested in just 28 years, however the slower growth rate creates an attractive and smooth grain. This aesthetic quality is why we use some high quality Redwood on the interior of our products, where it isn’t exposed to the elements, because its natural tight grain gives a superior moulded and painted finish. But we’ve done our homework and we know that Redwood has its limits, which is why we only use it in the right places.

But if you want to see a Scots Pine in all its glory and before it gets a paint finish, you could do worse than venturing up to the Caledonian Forest in Scotland, a once vast woodland, now characterised by the ancient pinewood of Glen Falloch and Tyndrum in the Loch Lomond & The Trossachs National Park.