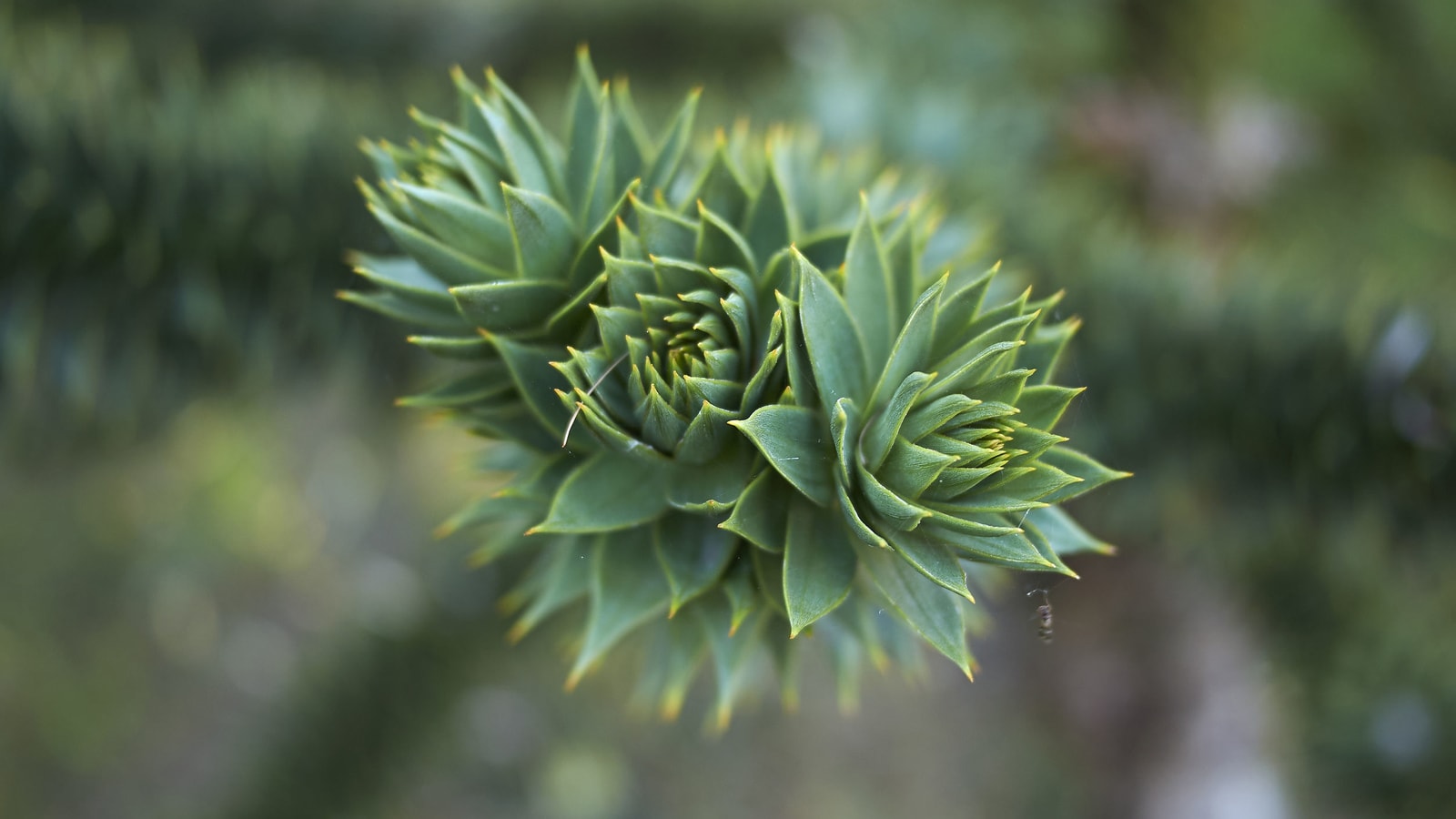 This month we take a look at the Monkey Puzzle Tree! Also known as the Chile Pine and sometimes referred to as a living fossil, this rare and endangered tree is at risk in its native country due to illegal logging activity and habitat destruction…

Most people don’t realise that the Monkey Puzzle Tree is an ancient species, existing 200 million years ago alongside the dinosaurs. Its spine-like needles acted as protection from grazing or migrating animals that are now long extinct.

These spectacular looking trees can grow to a height of 45 – 50m, with some living to be an astounding 700 – 1,000 years old. With their prickly, pointed leaves swirling in spirals along rigid branches, Monkey Puzzle Trees are dioecious – meaning that individuals are either male or female. The males produce oval-shaped flowers and the females produce spherical cones which can each produce around 200 seeds.

Why is it called a Monkey Puzzle Tree?

Often a favourite with adults and children alike due to its unusual name, the peculiar Monkey Puzzle Tree certainly stands out. But its link with monkeys is somewhat… puzzling. The trees pre-date the evolution of monkeys by at least 60 million years, and there have never been monkeys in their natural high-altitude habitat. The trees are home to a slender-billed parakeet and over 70 types of insects – but not one monkey. 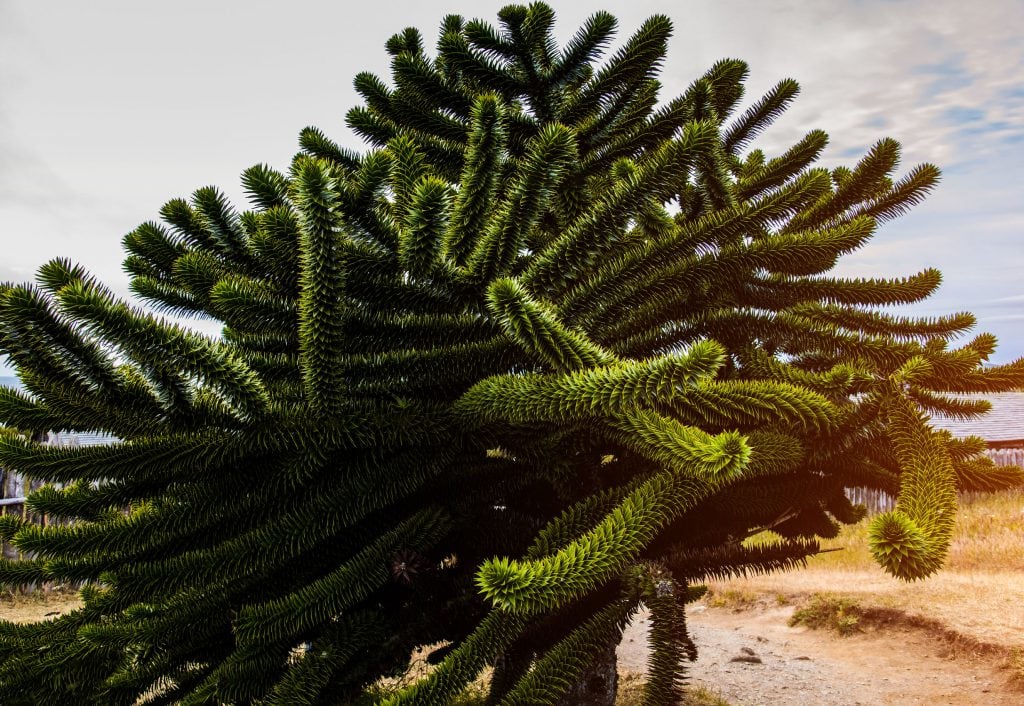 Before the 1850s the tree was commonly referred to as a ‘Joseph Banks Pine’ in the UK, named after a famous botanist. It is said that its present name came from the owner of a young tree growing near Bodmin in Cornwall, who was showing his prized specimen to his friends. Observing its spiky trunk and winding branches, one of them declared that “it would puzzle a monkey to climb that”. Over time, it was referred to as the “monkey-puzzler” and then “monkey-puzzle’. Even in France, it is called the “désespoir des singes”, which means the “monkeys’ despair”.

Where do Monkey Puzzle Trees grow?

Originating from the Chilean coast to the Andes mountains in Argentina, the Monkey Puzzle Tree thrives in well-drained, slightly acidic soil, but it will still grow happily in other soil types providing it has good drainage. In its native countries, it can usually be found above 1000m altitude on the slopes of rocky volcanoes and due to its fire-resistant bark, it’s not uncommon to see clusters of trees which have withstood lava flows during an eruption. 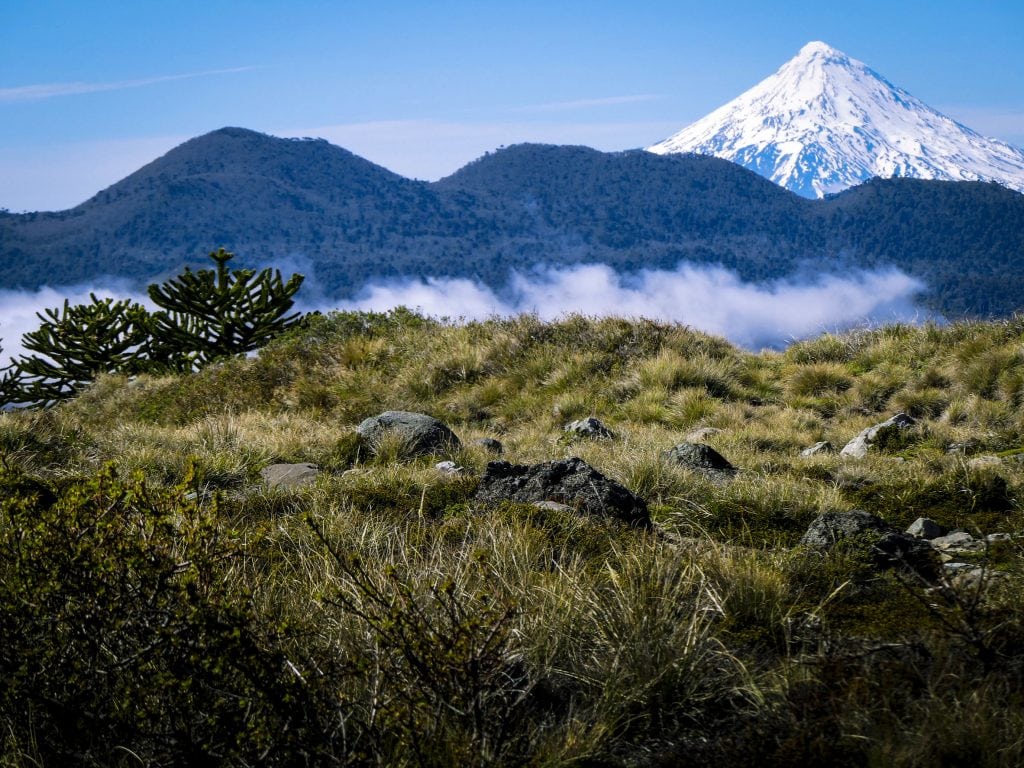 These trees played a vital part in the lives of the indigenous people living in these countries. Long before they were ‘discovered’ by Spanish explorer Don Francisco Dendariarena in the 1600s, they were revered by the Chilean people who called it the Pehuen tree. One tribe’s culture was so entwined with the tree that they were called the Pehuenche and the seeds have been a basic staple in their diet for hundreds of years. Although they can be eaten raw, they are often toasted and have a similar taste to roasted chestnuts. They can also be ground into a flour which was used to make bread and fermented drinks.

The tree first landed on our shores when Scotsman Archibald Menzies was travelling through Chile in 1795. One evening, the pioneering explorer was served an unusual meal while dining with a Spanish viceroy, which seemed to consist of seeds. Intrigued, he stashed some of them away in his pocket and brought them home with him, planting them in frames on his return voyage. These first few seedlings were donated to the Royal Botanic Gardens in Kew – you can imagine their surprise when they turned into bristled, surreal-looking trees.

What is the Monkey Puzzle Tree’s wood used for?

Monkey Puzzle Trees grow straight and tall, producing fine timber with few knots – and unfortunately, this meant that they were in high demand for building ships and railway sleepers for over 100 years. It was in particularly high demand as the coalfields, steelworks, paper mills, and ceramics industries began to build up around Concepción, which was the main port at the industrial centre of Chile. Later the timber was used for general carpentry, ladders, skis, piano interiors, oars, rulers, and even aeroplanes. While the trees were declared ‘natural monuments’ in 1976 and national nature reserves were established for their protection, the ancient tree still suffered from urban development and despite outliving the dinosaurs, it was listed as an endangered species and the logging was banned in 1990.

Today, the trees are still under threat – the Chilean government has approved the flooding of Andean valleys in recent years to generate hydroelectric power for its citizens. This, combined with disease and invasive species, means that the trees are still in need of human intervention.

One such effort is the Internationally Threatened Conifers in our Care (or iCONic) project at the Royal Botanical Gardens Edinburgh. Working with the International Conifer Conservation Program (or ICCP), they collect Monkey Puzzle Trees and other endangered conifers from around the world and propagate them in Scotland, where conditions allow them to thrive.

Can you prune a Monkey Puzzle Tree?

Monkey Puzzle Trees grow well in Western Europe, the west coast of North America, New Zealand and South-Eastern Australia. In 1842, a visiting Cornishman named William Lobb saw the trees growing at Kew in London. An innovative entrepreneur, he travelled to Chile and Argentine to bring back more than 3,000 seed. Where the Victorians were so hungry for rare, curious, and exotic things, the Monkey Puzzle Trees took the country by storm – making William Lobb a very rich man indeed. Today, it’s very common to see plenty of Monkey Puzzle Trees planted around Victorian parks, or in the gardens of smaller period homes where they’ve overgrown to be bigger than the house. 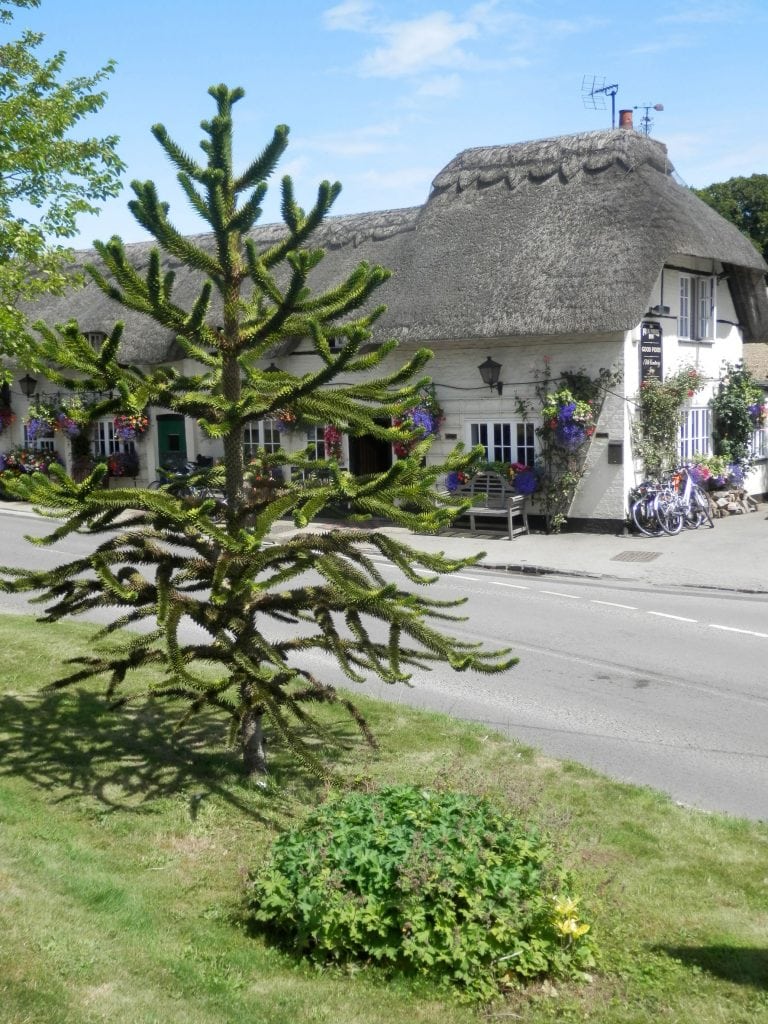 If you’re lucky enough to have one of these fascinating trees in your garden, you’ll probably know that as it grows older, it tends to lose its lower branches which creates the distinctive umbrella-shaped tree. A Monkey Puzzle Tree only requires minimal pruning once it is well established as they tend to lose their lower branches themselves. Late winter to early spring is the best time to tackle the task. It’s good to remove any damaged or sick branches to keep the tree healthy, and to remove any new shoots that appear to be getting tangled. With all those spikes, pruning has to be approached with great caution using a specific technique – and it’s certainly advised that you seek the advice from a professional tree surgeon. 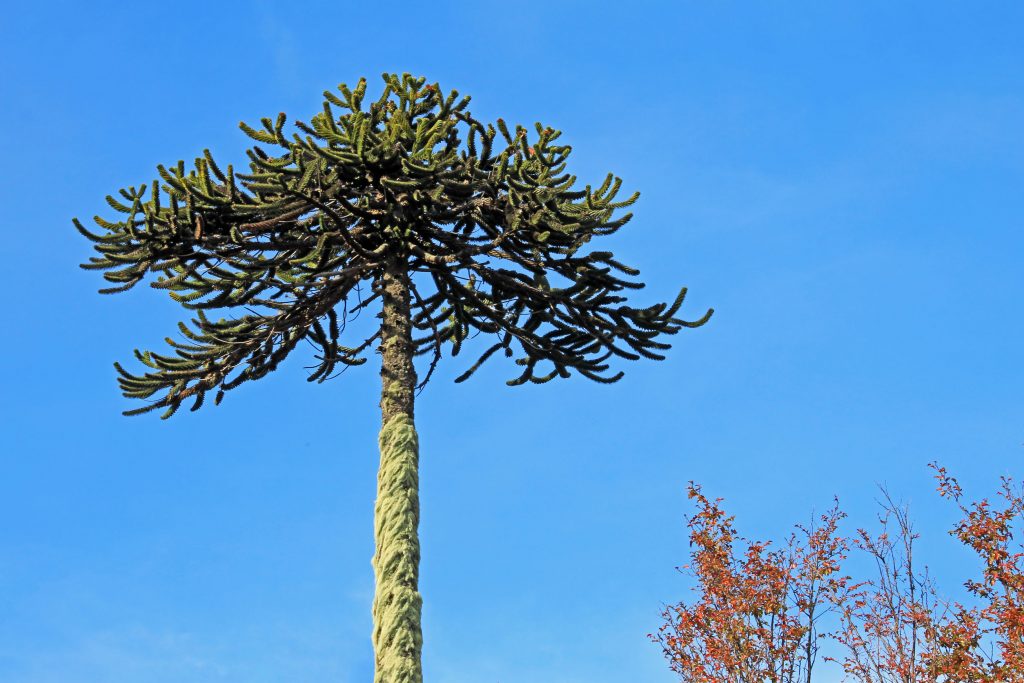